Shiv Sena distances itself from call for burqa ban, says it is Sanjay Raut's personal view

Shiv Sena has issued a statement in which it clarified that the demand for the ban on burqa was the personal opinion of party leader Sanjay Raut. 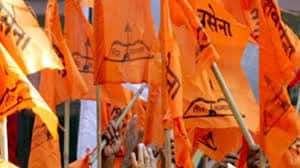 Facing flak for a demand in its editorial mouthpiece for a ban on the burqa in public places, Shiv Sena on Wednesday distanced itself from what has turned into a controversy and said that it was a personal opinion of party leader Sanjay Raut.

The editorial in Saamna called for a ban on wearing burqa in public places in the interest of national security. It said that India too should take a cue from Sri Lanka where face covering have been banned for a week following serial blasts on Easter, and said that it is as necessary as the surgical strikes were.

The Bharatiya Janata Party on Wednesday was quick to rebuff the demand and party spokesperson GVL Narasimha Rao said that PM Narendra Modi has ensured that India is safe and therefore, no such bans are necessary.

Shiv Sena, later on Wednesday, issued a statement in which it clarified that the demand for the ban on burqa was the personal opinion of Raut and not the party's view. Raut had defended the demand in the Saamna editorial while also adding that it was not meant to target members from any particular community.

The political backlash, however, was swift with AIMIM chief Asauddin Owaisi demanding that Election Commission ought to take action against Shiv Sena. He said it was a violation of the poll code and that Sena was trying to polarise voters.