An editorial in Shiv Sena mouthpiece 'Saamana' likened the February 24-25 trip of President Trump to the visit of a “Badshah” (emperor). 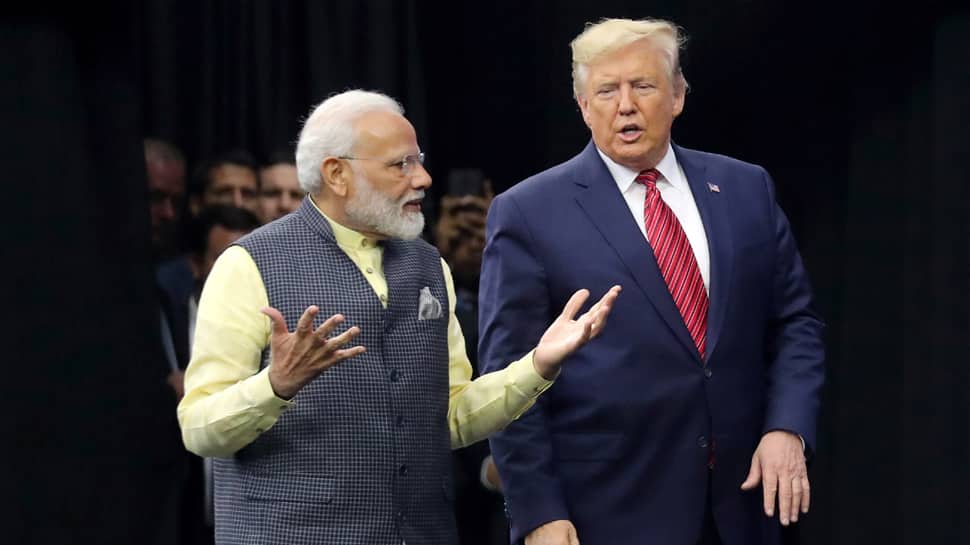 The Shiv Sena on Monday (February 17) slammed the BJP-led government at the Centre for its preparations over the upcoming visit of US President Donald Trump to India, calling it a reflection of the "slave mentality" of Indians.

An editorial in Shiv Sena mouthpiece 'Saamana' likened the February 24-25 trip of President Trump to the visit of a “Badshah” (emperor). Sena also took a jibe at the Gujarat government for constructing a wall to hide slums which are en route from airport to Ahmedabad's Motera stadium where President Trump is scheduled to attend an event.

“Before Independence, British King or Queen used to visit one of their slave nations like India. The kind of preparations going on from taxpayers' money for the arrival of Trump is similar to it. This reflects the slave mentality of Indians," said the Saamana editorial.

“Former prime minister Indira Gandhi had once given the slogan 'Garibi Hatao', which was ridiculed for a long time. It seems now Modi's plan is 'Garibi chupao' (hide poverty). Is there any financial allocation for such a wall being built in Ahmedabad? Is the US going to offer loan to India to build such walls across the country?” asked Sena.

"We have heard Trump is going to be in Ahmedabad for only three hours but the wall construction is costing almost Rs 100 crore to the state exchequer," it added.

According to Sena, Trump's visit to India is a political arrangement between Prime Minister Narendra Modi and the US president. It noted that in 2019 'Howdy, Modi!' (a mega event jointly addressed by the Indian prime minister and Trump) was organised in the US and a similar programme has been now organised in Gujarat ahead of the US elections. Sena asserted that the government has decided to host President Trump in Gujarat because of a considerable number of Gujarati people living in America.

"But this visit of President Trump is neither going to stop further fall of rupee in the forex market nor offer betterment to those behind the wall (being built in front of slums in Ahmedabad)," it said.

The Sena said Trump is "not someone very wise or a statesman or someone who cares for the whole world", but he has to be treated with respect as he represents the mighty US.

"Sometimes you have to treat someone with respect to get your things done," it quipped.