The child was reported missing from  Tappal township on May 31 and her mutilated body was eventually found in a garbage dump on June 2. 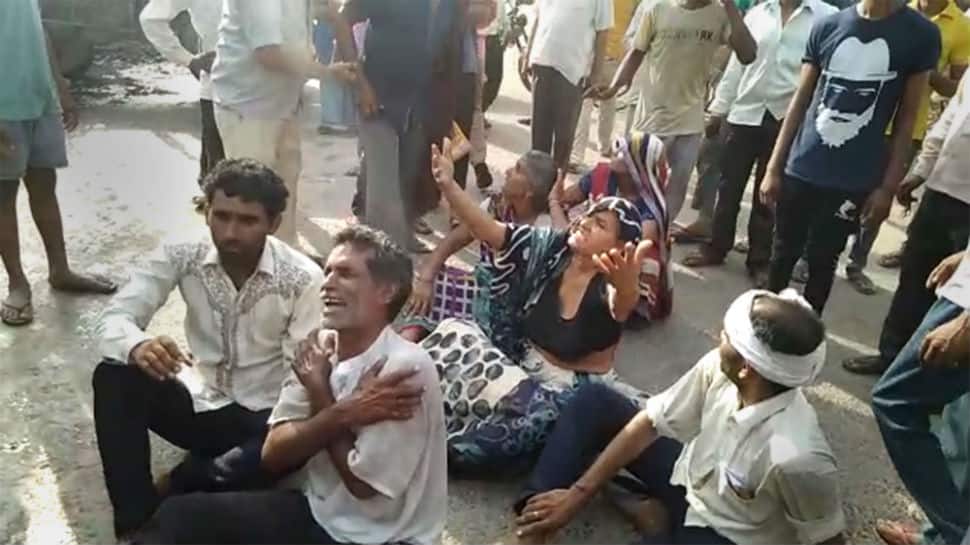 Relatives mourn the ghastly murder of the minor. (PTI)
Share:
Written By:

New Delhi: The brutal and gory killing of a two-and-half-year-old girl in Aligarh has left the entire country stunned and outraged in equal measure. With people from across all walks of life and from different parts of the country demanding the harshest penalty for the accused, Saamana - the Shiv Sena mouthpiece - has reminded the Bharatiya Janata Party (BJP) government in Uttar Pradesh to stay true to its 'Beti Bachao' slogan.

The child was reported missing from  Tappal township on May 31 and her mutilated body was eventually found in a garbage dump on June 2. It is reported that two people - Zahid and Aslam - killed the girl after her father failed to repay Rs 10,000 he had borrowed from them. Zahid, Aslam and two other people have been arrested in the case that has shocked the country.

The Saamana editorial drew a comparison between this case and the Nirbhaya gang-rape case in Delhi in 2012 while asking the BJP to come down hard on the accused. "When the Nirbhaya gang-rape incident happened, there were people who did not let Parliament function and made the government at the time come out with strict laws to protect women. These people are now in power in Parliament and therefore, their responsibilities have increased. This (Aligarh murder case) is heinous and has numbed society. There is widespread anger. The pain that the child suffered is extremely unfortunate."

The editorial also stated that it is only because of public outrage and family members of the minor threatening to commit suicide that resulted in pressure on UP government and the cops. "When the child went missing, the cops were slacking and even the investigation began after a delay. When the parents threatened suicide, the cops began rushing and arrested two people. Slogans of 'Beti Bachao' are rendered useless at times like these."

Saamana further states that incidents like these are a black mark on humanity and forces society to hang its head in shame.