One more terrorist was killed on Saturday morning during an encounter with the security forces in Pandushan village in south  Jammu and Kashmir's Shopian district. 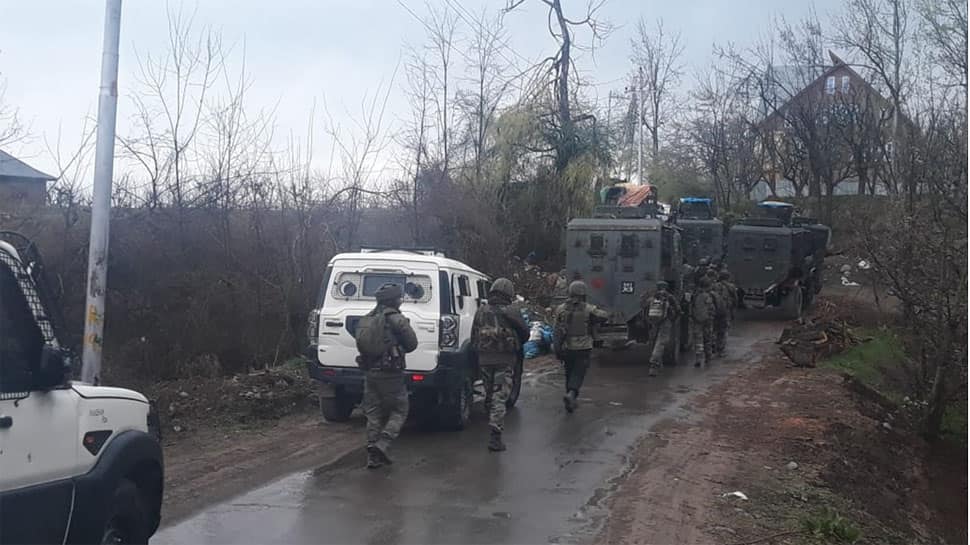 Shopian: One more terrorist was killed on Saturday morning during an encounter with the security forces in Pandushan village in south  Jammu and Kashmir's Shopian district.

The exchange of fire began on Friday when a terrorist was killed by the security forces. One Army jawan was martyred, while another was injured fighting against terrorists.

The terrorist who was killed on Friday was identified as a core local member of terror outfit Jaish-e-Mohommad, Zeenat ul Islam Naikoo. His body was handed over to his family after it was recovered from the encounter site.

The slain terrorist was charged with carrying out a terror attack in 2018 in Shopian district. He played the role of local anchor to the Jaish foreign terrorists and was involved in various incidents of violence including killing of cops, firing, and grenade lobbing.

An FIR dated August 29, 2018, was lodged in his and his associates' names. In the said attack, four Jammu and Kashmir police officers lost their lives.

On Saturday, another encounter took place in Baramulla district's Warpora area of Sopore in Jammu and Kashmir. A terrorist was killed in the heavy exchange of fire that took place between the terrorists and security forces.

(With inputs from Ieshan Wani and Khalid Hussain)