The list of persons whose security cover has been withdrawn includes 22 separatist leaders, giving a clear message to those who are involved in anti-national activities. 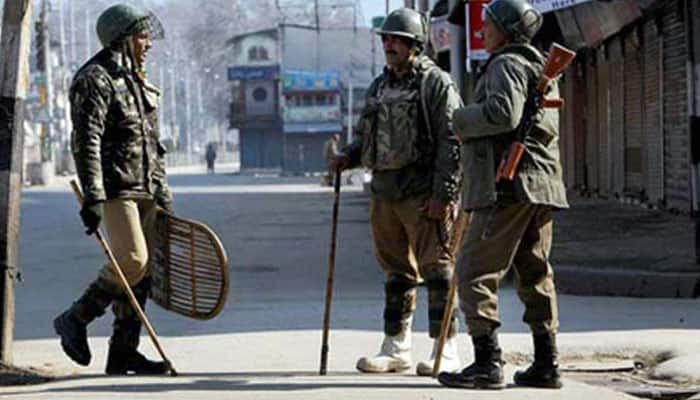 New Delhi: The Jammu and Kashmir administration withdrew security cover of 919 persons since Governor's Rule was imposed in the state, thereby freeing 2,768 police personnel and 389 vehicles.

The move follows a strict stance by the Center on inappropriate use of scarce police resources in the state. The security review meeting took the decision as it was felt that providing security to separatists and undeserving persons is a waste of scarce state resources which could be better utilized elsewhere.

The decision was taken after Center recently directed that a case-by-case in-depth review may be taken on merit.

After the review, 2,768 police personnel from 919 undeserving persons were withdrawn and also from those who were having security cover in excess of their entitlement. A total of 389 vehicles were also withdrawn.

The list of persons whose security cover has been withdrawn includes 22 separatist leaders, giving a clear message to those who are involved in anti-national activities. Among the separatists whose security has been withdrawn are SAS Geelani, Syed Mosvi, Maulvi Abbas Ansari, Yaseen Malik, Shahid ul Islam, Zaffar Akbar Bhat, Nayeem Ahmed Khan, Mukhtar Ahmad, and many more.

I love Narendra Modi; am wedded to my work: Rahul Gandhi's candid admissions