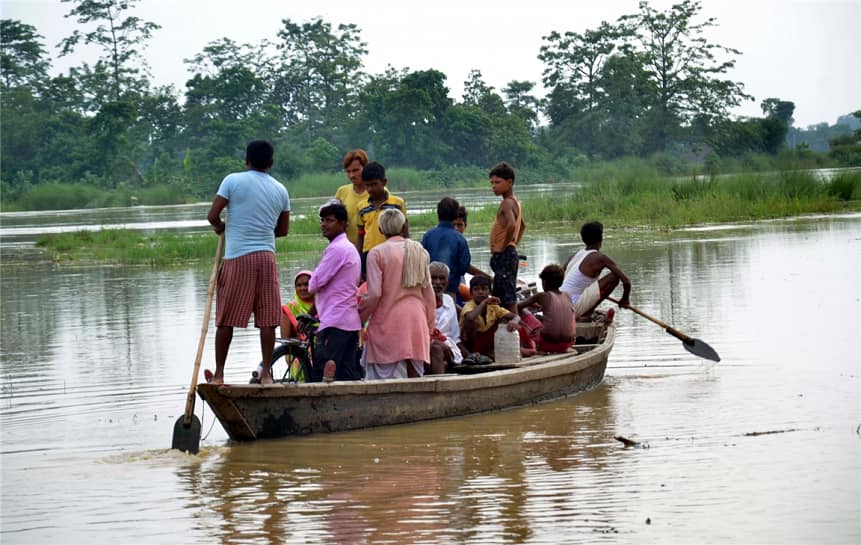 GUWAHATI: The death toll in Assam floods jumped to 68 on Tuesday as the flood situation continued to remain grim in 19 districts of the state. The floods have affected over 28 lakh people across the state so far.

The ASDMA said in a bulletin that the flood water level is receding in the Kaziranga National Park. At least 2,523 villages and 1.27 lakh hectare crop land are still submerged in the districts hit by floods. Over one lakh displaced people are living in 782 relief camps and relief distribution centres set up by the state government.

According to ASDMA, Brahmaputra river is flowing above the danger level at Neamatighat in Jorhat and Dhubri districts, Jia Bharali at N T Road Crossing in Sonitpur district, Puthimari at NH Road Crossing in Kamrup district, Beki at Road Bridge in Barpeta district, Gaurang in Kokrajhar and Kushiara in Karimganj district.

Meanwhile, the flood situation in Bihar also continues to remain grim, with fresh warnings suggesting that the water level in Kosi, Gandak and Mahananda rivers may rise further. Floods across the state have so far claimed at least 104 lives and state government is making all efforts to ensure relief and rescue for flood-hit people.

A total of 26 teams of the National Disaster Response Force (NDRF) are handling the relief and rescue operations in the state. As many as 125 motorboats and several choppers are also being used to provide relief materials to the affected people. The floods have affected at least 105 blocks across 12 districts. The government has set up 81 relief camps and 712 community kitchens in different parts of the state.