Six MiG 21 took off to push back Pakistani Air Force planes; one down 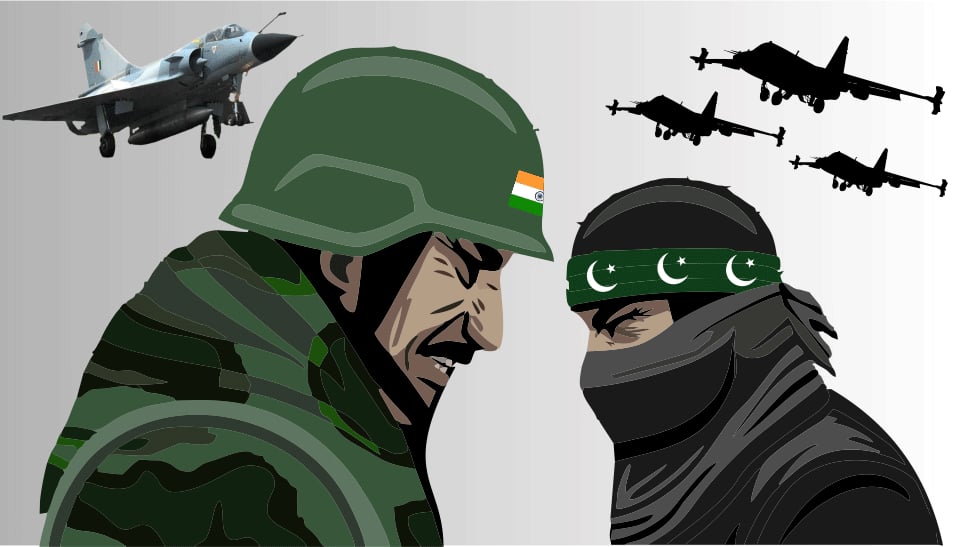 NEW DELHI: Five out of the six MiG 21 aircraft, which took off from Srinagar to push back Pakistani Air Force planes, have returned to air base on Wednesday. However, one aircraft is yet to return safely to the air base, top sources told Zee Media.

IAF pilot Wing Commander Abhinandan took off in a MiG 21 Bison jet, he is yet to return. "Whereabouts of IAF pilot Abhinandan not known," government sources told PTI.

MEA spokesperson Raveesh Kumar confirmed that one Indian pilot is missing. "We have lost one MiG 21 in this engagement, one pilot is missing. Pakistan claims he in there custody. We are verifying the reports," said Kumar.

"Based on credible evidence that JeM planned to launch more attacks, we had launched our attack on Tuesday. Pakistan Air Force targetted Indian military installations today. Our alertness resulted in IAF responding immediately. One PAF jet was shot down. Ground forces saw PAF jet falling across the LoC," he added.

Earlier in the day, Pakistan claimed that it had shot down two Indian aircraft and arrested a pilot.

Pakistan Major General A Ghafoor said that the PAF shot down two Indian aircraft which had entered the Pakistani airspace. “One Indian pilot arrested by troops on ground while two in the area,” he tweeted.

India later rejected the claims, stating that no jets of the Indian Air Force were shot down. "No reports of any IAF jet suffering damage in action by India's adversaries," said defence sources as reported by PTI.

Three Pakistan Air Force aircraft violated and crossed into the Indian air space in a retaliatory fire at the Line of Control (LoC). IAF shot down a Pakistan Air Force's F-16 jet in the Lam valley of Jammu and Kashmir's Nowshera sector. A parachute was seen dropping from the F-16 aircraft which was going down. The condition of the pilot is unknown, reported news agency ANI.

Earlier in the day, the IAF had carried out multiple aerial strikes targeting terror launch pads in Pakistan, completely destroying them, including control rooms of Jaish-e-Mohammed (JeM) terror group.

Order on shutdown of airspace in North India withdrawn, air services to resume