The police claimed that the woman had been involved in recruiting youths into militants ranks, arranging arms ammunition, communication and logistics for terrorists and terror organisations. 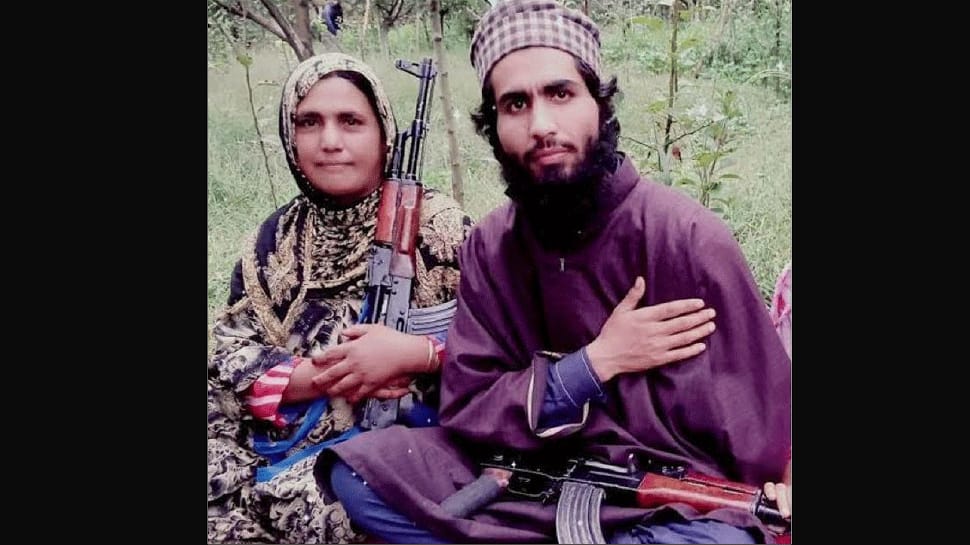 Srinagar: The Jammu and Kashmir Police arrested the mother of slain terrorist Tauseef Ahmad Shah, who was killed during an encounter in May 2018 and registered a criminal case against her. The woman, identified as Naseema Banoo, was arrested on June 20.

The police said that the arrest was done in compliance of provisions of law and following her arrest, she has been sanctioned custody in a women police station in Anantnag.

In a picture that has surfaced, the woman is seen holding an automatic weapon while posing along with her son, a Hizbul commander and an active terrorist in the Valley, and was killed during an encounter with forces in 2018. The police claimed that the woman had been involved in recruiting youths into militants ranks, arranging arms ammunition, communication and logistics for terrorists and terror organisations.

The statement read further, "Just because she happens to be a woman or the mother of a killed terrorist does not make her immune to arrest. It is the prime duty of the police to arrest criminals to safeguard the people it serves and that is what it has done. Anyone who wishes to challenge the decision is free to approach the court of law for redressal."

A police official said, "The Jammu and Kashmir Police doesn't target any family of terrorists unnecessarily unless solid evidence of their involvement in terrorism."

Several posts and messages have been doing rounds on social media and it has been found that facts have been twisted and distorted in order to cause disturbance of peace and tranquillity. The police have taken cognisance of the matter and anyone trying to instigate others through whatsoever means will be prosecuted.