The night temperature rose across the Valley on Saturday night as a thick cloud cover enveloped Kashmir, a MeT Department official said. 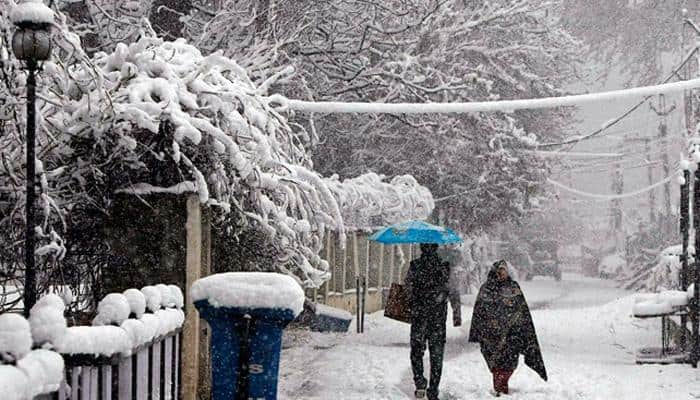 SRINAGAR: There was a slight respite from cold conditions in Kashmir as the minimum temperature improved on Saturday night due to a cloud cover, even as the MeT Office predicted heavy rains or snowfall till Tuesday.

The night temperature rose across the Valley on Saturday night as a thick cloud cover enveloped Kashmir, a MeT Department official said.

There was intermittent light snowfall in most parts of Kashmir, including the plain areas, he said.

The Valley witnessed a cloudy but dry morning on Sunday, the official said.

The MeT Department has forecast widespread rain and snow over the state with heavy falls at isolated places till Tuesday.

Meanwhile, the minimum temperature in Srinagar on Saturday night settled at minus 0.3 degrees Celsius -- up from minus 2.0 degrees Celsius on the previous night, the official said.

Kashmir is currently under the grip of 'Chillai-Kalan' -- the 40-day harshest period of winter when the chances of snowfall are most frequent and maximum and the temperature drops considerably.

Now, Indians aged over 65 and under 15 can use Aadhaar card to visit Nepal, Bhutan