Commenting on the matter, Linda Bauld, a professor of public health at the University of Edinburgh, said 'there's something weird going on with smoking and coronavirus'. 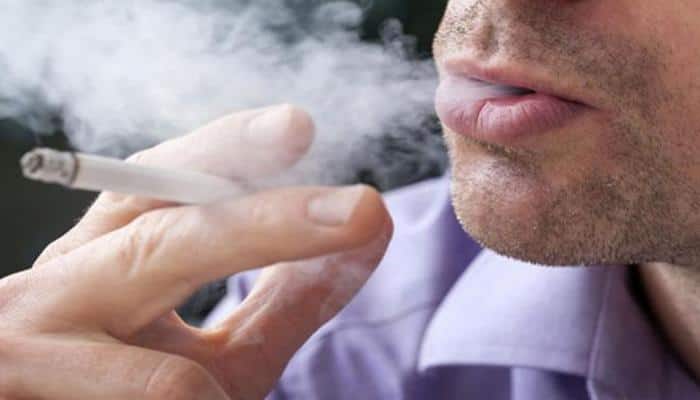 New Delhi: A review of scientific studies done by the University College London (UCL) has added more evidence to the claim that people who smoke might have a lower risk of becoming seriously ill with coronavirus COVID-19.

The academics at UCL looked at 28 papers and found the proportions of smokers among hospital patients were 'lower than expected'. One public health professor said there was 'something weird going on with smoking and coronavirus' and experts are struggling to explain the connection.

One of the studies showed that in the UK, the proportion of smokers among COVID-19 patients was just five per cent, a third of the national rate of 14.4 per cent.

Another found in France the rate was four times lower. In China, a study noted 3.8 per cent of patients were smokers - despite more than half of the population regularly smoking cigarettes. When smokers do get diagnosed with the virus, however, they appear to be more likely to get so sick that they need ventilation, two studies in the review showed.

Researchers admit that hospitals are probably not recording patients' smoking status properly, potentially because they are too busy, patients are too sick to answer, or because people lie in their answers. But they are struggling to knock down mounting evidence suggesting an apparent protective effect given by cigarettes, which one expert today admitted was 'weird'. A review of five early studies on the topic last month made the exact same conclusions - that smokers may avoid serious infection, but their outlook is worse if they do.

Twenty-two of the studies were conducted in China, three in the US, one in South Korea, one in France and one was an international study using mostly UK data.

Notwithstanding these uncertainties, compared with national prevalence estimates, recorded current and former smoking rates in the included studies were generally lower than expected. Data from the US suggests that smokers appear to be less likely to test positive for SARS-CoV-2 compared with never smokers.

Rather than this reflecting likelihood of catching the virus in the first place, it is more likely to point to someone's risk of becoming so ill they have to go to the hospital. Most of the countries involved in the studies did almost all of their testing in hospitals. But the researchers noted that smokers were more likely to be tested, possibly because their symptoms, like a cough, are more obvious due to their habit.

'We would, therefore, caution against drawing any conclusion as to whether smokers are at increased risk of SARS-CoV-2 infection at this early stage,' the UCL team said.

Two high-quality studies provided zero evidence that the 657 current or former smokers with the virus were at a higher risk of ending up in the hospital. But among 1,370 people hospitalised across two other studies, smokers were 43 per cent more likely to see their disease progress to become severe than those who had never smoked.

Three studies reported death rates from COVID-19 but there 'did not appear to be a notable difference' between smokers and non-smokers. However, the studies 'did not explicitly state never-smoking status', the authors said. They implied that patients who died may have smoked in the past, but this was not clearly recorded by a doctor. The authors concluded there is a lack of evidence that meets a high standard to definitely say whether or not smokers are at higher risk of catching the coronavirus or having poor outcomes.

Commenting on the matter, Linda Bauld, a professor of public health at the University of Edinburgh, said 'there's something weird going on with smoking and coronavirus'.

“We know for decades that smoking is linked to a higher risk of developing respiratory conditions and also people who smoke have poorer outcomes. And we've still got around seven million smokers in the UK, [the] leading preventable cause of death. However, my colleagues at UCL... what they’ve found is there are surprisingly few smokers in those studies who’ve developed coronavirus. 'In one French study, four times as many non-smokers got the virus and developed COVID-19 compared to smokers. 'There is a potential biological explanation for this,’’ Bauld told Good Morning Britain.

Professor Bauld said the way the virus enters the body may be blocked by the effects of nicotine - the addictive compound found in tobacco. The coronavirus enters cells inside the body via structures called ACE-2 receptors, which coat the surface of some cells, including in the airways and lungs. The numbers of ACE-2 receptors someone has are thought to vary depending on genetics and some evidence suggests that they are higher in smokers. This could, in theory, put them at a higher risk of contracting the coronavirus.

However, the virus is known to cause lung damage by depleting the numbers of ACE-2 receptors, so the fact that smoking increases them could reverse the effect and prevent harm to the lungs. On the other hand, other studies show that nicotine reduces the action of the ACE-2 receptor, suggesting smokers are less likely to catch the virus in the first place. Professor Bauld said: 'It's plausible that smokers are less likely to develop the condition potentially because of nicotine. Importantly in that UCL review where smokers did develop COVID-19, their outcomes are far worse.'

A leading infectious disease expert at University College London, Professor Francois Balloux has also previously said there is 'bizarrely strong' evidence that smoking may be protective.