Union Minister Smriti Irani on Wednesday launched a scathing attack on the Gandhi family and their alleged role in the Bikaner land scam case and Rafale deals. 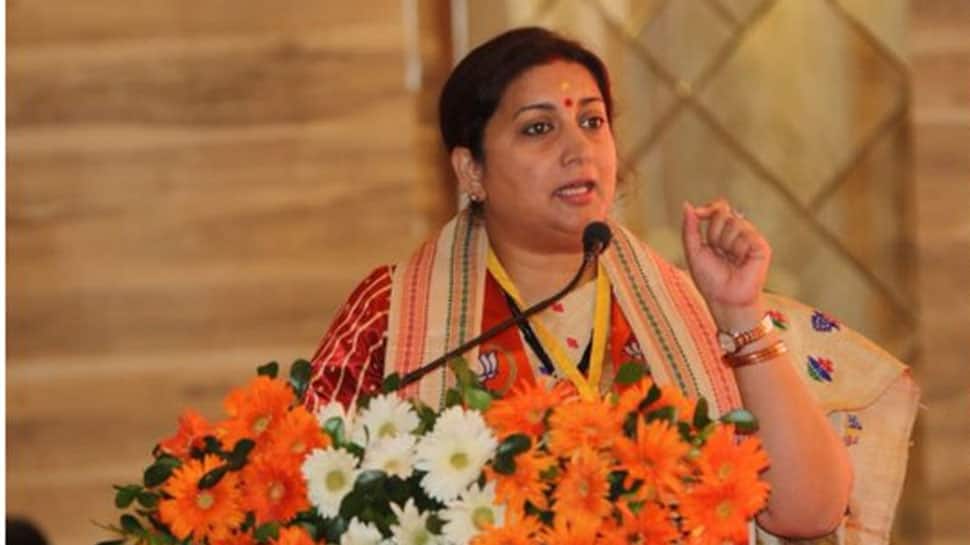 NEW DELHI: Union Minister Smriti Irani on Wednesday launched a scathing attack on the Gandhi family and their alleged role in the Bikaner land scam case and Rafale deals.

“In the past 24 hours, many reports have come proving that the Gandhi-Vadra family has been flourishing Dynastic politics. The new facts which have come to the fore clearly establish a relationship between Rahul Gandhi and arms dealer Sanjay Bhandari,” said the Minister of Textiles at a press brief in the national capital.

Questioning Gandhi family's link with Dubai-based NRI businessman CC Thampi and Bhandari, Irani says, “CC Thampi is a name that figures in probe with regard to not only a petroleum deal under UPA but also financial violation with regard to land transaction in Delhi NCR amounting to Rs 280 cr. A relationship b/w CC Thampi and arms dealer Sanjay Bhandari is publicly known.”

“Sanjay Bhandari, an arms dealer with close links to Robert Vadra is also under investigation for defence deals and his desperate desire to be a party to the ill-gotten fruits of corruption during UPA regime.

“Hence, the nation has come to a conclusion, that Rahul Gandhi's intervention in the defence preparedness of our country stems from his pursuit not only of individual politics but his personal commercial interests, his personal family interests,” she added.

“In connection with Rafale files, involvement of Sanjay Bhandari has been found in how documents are stolen from Defence Department and info is provided to defence contractors. Relation between Sanjay Bhandari and Robert Vadra were established in relation to benami properties in London,” she said.

"The Gandhi and Vadra family have exploited this country," she added.