The anti-corruption crusader will begin the hunger strike from his village Ralegan Siddhi. 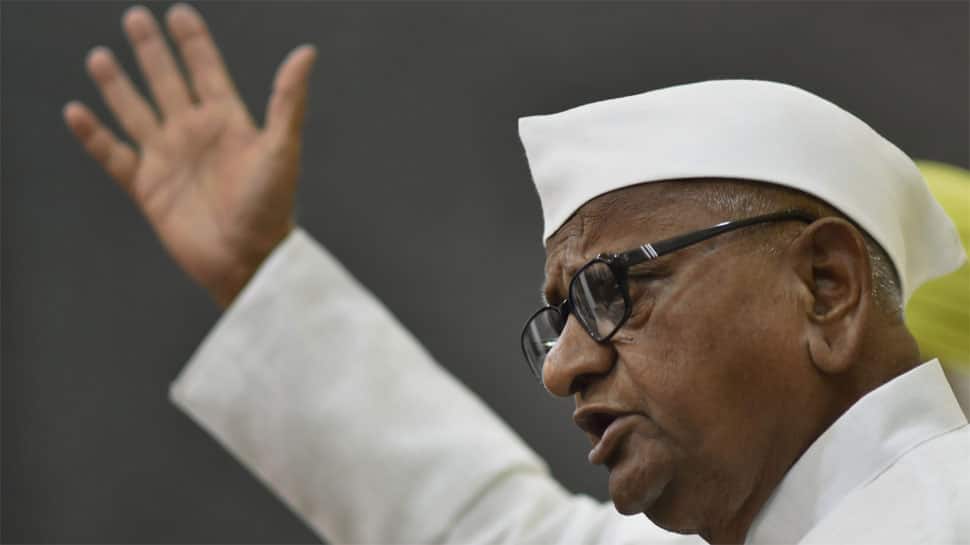 Mumbai: Social activist Anna Hazare is all set to go on a hunger strike on Wednesday demanding the formation of Lokpal at the Centre and Lokayuktas in the states.

Speaking on Centre's "non-fulfilment" of assurances to put together a Lokpal, Hazare added, “It has been five years now, but Prime Minister Modi led government at the Centre is making excuses. If they wanted, they could have done the needful by now.”

Maharashtra Minister Girish Mahajan, who has been acting as an emissary between the government and the activist, urged Hazare to cancel the agitation, claiming that almost all the demands made by the activist have been fulfilled. Hazare, however, said he would not call off the agitation till the Lokayukta Act becomes a reality.

The 81-year-old social activists has also been demanding implementation of the Swaminathan Commission recommendations and some electoral reforms.

Earlier Hazare had said that if the Lokpal would have been appointed, then cases like Rafale would not have occurred. “It is a revolutionary bill under which every officer will be investigated if citizens complaint against them,” he said.

In Delhi, an eight-member search panel formed to select members of anti-corruption ombudsman Lokpal Tuesday held its first meeting, nearly four months after it was set up by the Modi government. The committee, headed by former Supreme Court judge Ranjana Prakash Desai, is understood to have discussed modalities related to the appointments of the chief and members of Lokpal.