During the meeting, the Congress leaders are expected to discuss ways to further strengthen bilateral ties between the two countries. 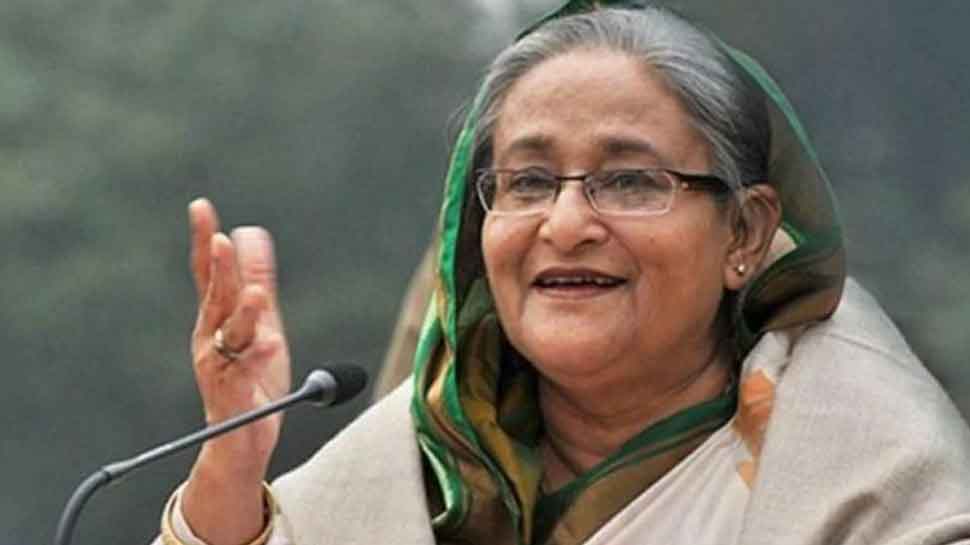 During the meeting, the Congress leaders are expected to discuss ways to further strengthen bilateral ties between the two countries. Bangladesh Prime Minister Hasina is on a four-day visit to India.

Sheikh Hasina had a bilateral meeting with Prime Minister Narendra Modi on Saturday.

In a joint statement issued on Saturday, India and Bangladesh hailed the bilateral ties between the two countries and signed seven agreements including the setting up of a joint coastal surveillance system.

Prime Ministers Narendra Modi and Sheikh Hasina, while insisting on broad-based bilateral ties, emphasised on the initiatives for the development of closer maritime security partnership, and noted the progress made in the finalisation of an MoU for the establishment of a coastal surveillance radar system in Bangladesh, the joint statement said.

Both sides agreed to expedite the commissioning of a joint study on the prospects of entering a bilateral Comprehensive Economic Partnership Agreement (CEPA).

PM Modi also appreciated the zero-tolerance policy of Bangladesh against terrorism and commended Sheikh Hasina for her resolute efforts to ensure peace, security and stability in the region.

The two leaders also recognised the need for increased cooperation in defence for a more integrated and secure neighbourhood, taking into account the joint operation carried out by both forces during the Bangladesh Liberation War of December 1971.

PM Modi and Sheikh Hasina also agreed to expedite work towards drawing upon a $500 million Defence Line of Credit extended by India to Bangladesh. The implementation arrangements for this were finalised in April 2019.

Through a video link, the leaders inaugurated the Bangladesh-India Professional Skill Development Institute (BIPSDI) at the Institution of Diploma Engineers Bangladesh (IDEB) in Khulna.

The leaders also signed an MoU on withdrawal of 1.82 cusecs of water from the Feni river by India for the drinking water supply scheme for Sabroom town in Tripura.