In her letter, Sonia regretted that she would not be able to attend Uddhav's oath-taking ceremony, which is scheduled to take place shortly. 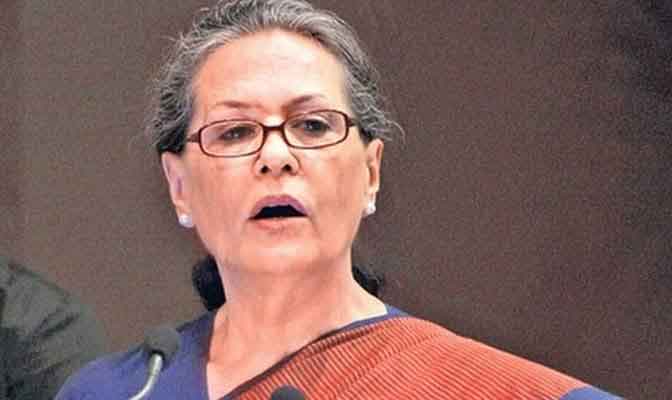 In her letter, Sonia regretted that she would not be able to attend Uddhav's oath-taking ceremony, which is scheduled to take place shortly.

In her letter, the Congress president said that the Sena, NCP and her party have come together under quite extraordinary circumstances, at a time when the country faces unprecedented threats from BJP.

Sonia Gandhi also wrote a separate letter to Maharashtra Congress leader Balasahab Thorat in which she hoped that the new government will work in the best interest of people of Maharashtra.

''I have confidence that Congress, NCP and Shiv Sena will work together in a spirit of cooperation to give people of Maharashtra a stable and responsive govt that will uphold constitution & value of democracy,'' the letter from Sonia Gandhi read.

Now, with the support of the Shiv Sena in both the houses of Parliament, the Congress has increased its alliance numbers in the lower house and Sonia Gandhi has adopted an aggressive stance against Prime Minister Narendra Modi and Home Minister Amit Shah.

Congress has been alleging that they tried to sabotage the formation of the alliance government in Maharashtra.

Congress interim president has been attacking the government but it is the first time that she has shown her MPs that Congress will adopt an aggressive stance against the government both inside and outside Parliament.

The youth and the student wings of the party have also been hitting the streets often now, said a party leader.

During the recent Constitution Day agitation led by the Congress, Sena MP Arvind Sawant and others were by her side, a new political formation in Parliament.

In the Congress Parliamentary Party meeting, Sonia Gandhi came down heavily on the top leadership of the government.

She said, "The Governor behaved in an unprecedented and most reprehensible manner. There is no doubt that he acted under the instructions of the Prime Minister and the Home Minister. The BJP`s pre-poll alliance did not hold because of its own arrogance and over-confidence. Every effort was made to blatantly sabotage the three-party alliance government formation, but we appealed to the Supreme Court and the Modi-Shah government was totally exposed".

Sonia Gandhi also lashed out at the government`s inefficiency in tackling the economic problems and soaring prices.