Sonia Gandhi, Rahul Gandhi, Shashi Tharoor among top Congress leaders who are out on bail

Here's the list of top Congress leaders who are currently out on bail. 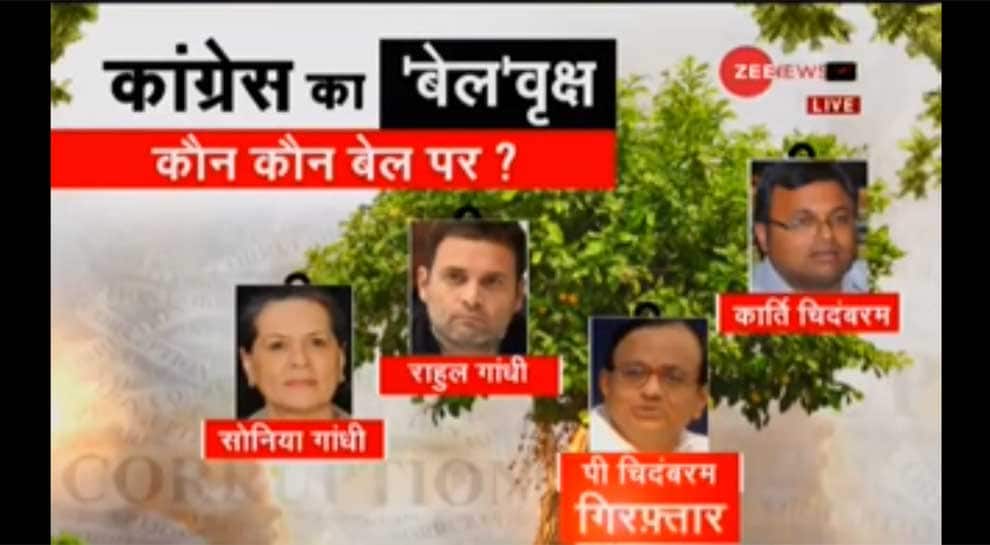 NEW DELHI: The Congress party, which is crying foul over the arrest of its senior leader and former Union Minister P Chidambaram by the Central Bureau of Investigation (CBI) in connection with the INX Media alleged corruption case, has several top rung leaders who are currently involved in legal cases and are out on bail.

The list of Congress leaders who are out on bail is very long and involves interim Congress chief Sonia Gandhi, her son Rahul, its Kerala MP Shashi Tharoor and many others.

The first two names name in the list are of the mother and son duo at the helm of the party - Sonia Gandhi and Rahul Gandhi - the one being the interim president and current chairperson of the UPA and the other being the former party president. The mother-son duo is currently out on bail in the National Herald case.

National Herald had become defunct by 2008. According to the court proceedings, the accused are allegedly charged with the following provisions: Misappropriation of property, criminal breach of trust, cheating, criminal conspiracy under the provisions of the Indian Penal Code.

The next name on the list is of party's Thiruvanthapuram MP Shashi Tharoor. He is a well-known writer and a former senior UN functionary before entering politics. In the popular imagination, he is the party’s intellectual backbone.

Tharoor, who is under the scanner in connection with the mysterious death of his wife Sunanda Pushkar, was recently granted bail by the Delhi court.

Tharoor had been chargesheeted by the Delhi Police under Section 498A and Section 306 of the Indian Penal Code. He has been accused of allegedly subjecting his wife, Sunanda Pushkar to cruelty and abetment to suicide. Tharoor is also facing a court battle in Kolkata in connection with his 'Hindu-Pakistan' comment.

The others on the list are former Home Minister P Chidambaram and his son Karti, who had been earlier given bail in the Aircel-Maxis scam case.

Chidambaram and his family are facing probes in many corruption cases such as Aircel-Maxis scam, INX media scam, the alleged land grabbing case in Tamil Nadu, the black money case and the AirAsia scam.

Former MP chief minister and Congress general secretary Digvijaya Singh has been named in several cases including the Vyapam Scam and defamation cases filed again him by the AIMIM and senior BJP leader Nitin Gadkari.

Other important leaders of Congress party who are facing court battles and are out on bail are Congress party's overseas wing head Sam Pitroda, Oscar Fernandes and Raj Babbar.