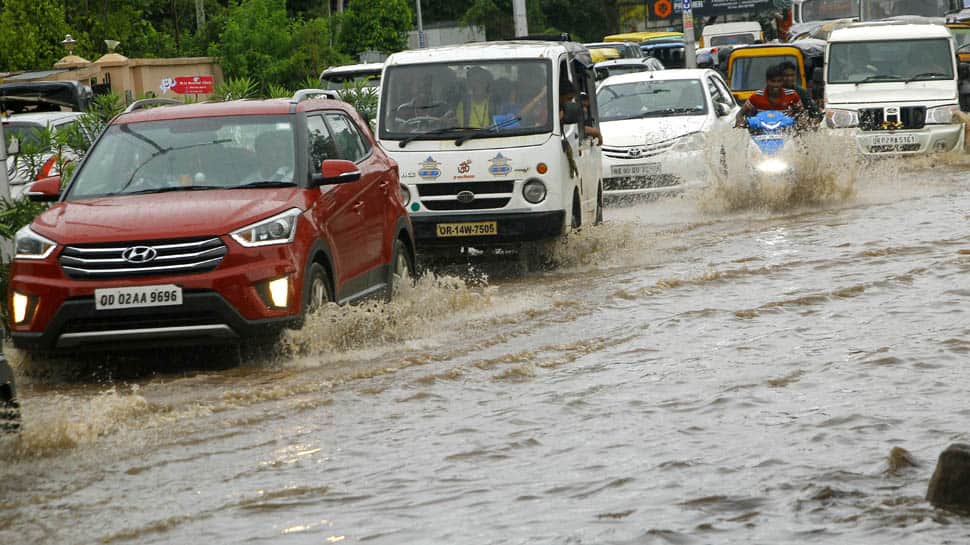 The southwest monsoon season came to an end with above normal seasonal (June to September) rainfall. However, it brought a trail of destruction and death in its wake with hundreds of people losing their lives. Quantitatively monsoon seasonal rainfall was 110 per cent of its long-period average.

According to the Skymet, Delhi witnessed very good improvement in rains by achieving its normal rainfall in July but the rainfall amount in August dropped drastically. However, September saw some good rains due to which there was some relief from the ongoing warm, humid and dry weather, wherein the rest of the months for Delhi remained highly deficient.

Incessant rains triggered floods resulting in the death of more than 140 people on Monday in Bihar, Uttar Pradesh, Punjab, Rajasthan among others.

In Bihar, 40 people have been reported dead and nine people injured so far. Patna, Bhojpur, Bhagalpur, Nawada, Nalanda, Khagadia, Samastipur, Lakhisarai, Begusarai, Vaishali, Buxar, Katihar, Jehanabad, Arwal, and Darbhanga districts were the most affected by flood due to unexpected rise in the water level of rivers.

At least 758 Villages have been affected in the state. 17 relief camps for affected people and 226 community kitchens have been built. A total of 135 boats and 18 teams of the NDRF and SDRF were deployed for relief. Bottles of pure drinking water, food packets and milk were distributed among the people. The food packets were dropped from an Air Force helicopter in Patna on Monday and will continue till Tuesday. Three additional de-watering pumps have been ordered from Bilaspur for drainage in Patna.

According to a government statement, at least 104 people have died in Uttar Pradesh alone in the last four days on Sunday in the heavy rainfall.

In an official statement, the Uttar Pradesh government said that almost 14 persons died and six were injured in separate wall collapse incidents on Sunday in Fatehpur, Mirzapur, Rae Bareli and Chandauli while three others died in lightening in Ghazipur.

The Uttar Pradesh CM Yogi Adityanath has issued instructions to the district administration to ensure adequate arrangements are at a place and all efforts are made to help people. The Chief Minister also instructed to cancel leaves of all the officials as heavy rains ravaged parts of eastern Uttar Pradesh.

Sale of Electoral Bonds at authorised SBI branches from Tuesday