Believed to have been a close confidant of Mamata in times gone by, Sovan Chatterjee's entry in BJP is expected to be yet another setback for the West Bengal CM as well as the TMC. 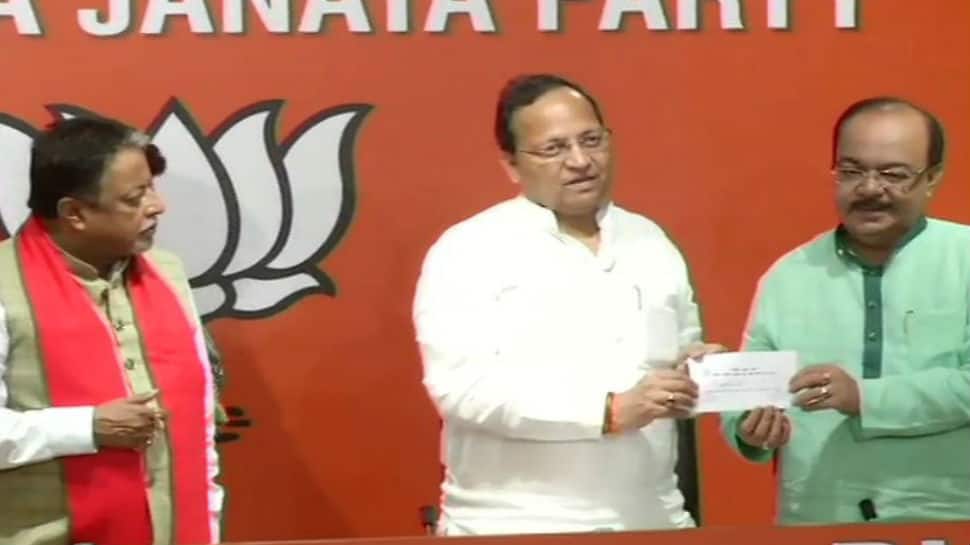 In yet another defection from the Trinamool Congress (TMC), party MLA and Mamata's close aide Sovan Chatterjee joined the Bharatiya Janata Party on Wednesday afternoon.

Chatterjee was welcomed by senior party leader Mukul Roy at the BJP headquarter in New Delhi.

Chatterjee was previously the Kolkata Mayor, a post he had resigned from in November of 2018. Before this, he had also been the West Bengal Fire and Emergency Services and Housing minister. He had also been the state environment minister in the Mamata government.

Believed to have been a close confidant of Mamata in times gone by, his entry in BJP is expected to be yet another setback for the West Bengal CM as well as the TMC.

A number of TMC MLAs and other officials have left the party after the Lok Sabha election 2019 and have joined the BJP. Roy has claimed that many more have expressed a desire to leave TMC.

TMC and BJP have been engaged in a massive political tussle with leaders of both parties trading serious - often inflammatory charges - against each other. There was also widespread poll-related violence before and during the voting in seven phases for Lok Sabha election.