At least ten people, including three women, were killed on Wednesday in an incident of firing over a land dispute at a village in Sonbhadra district of Uttar Pradesh. 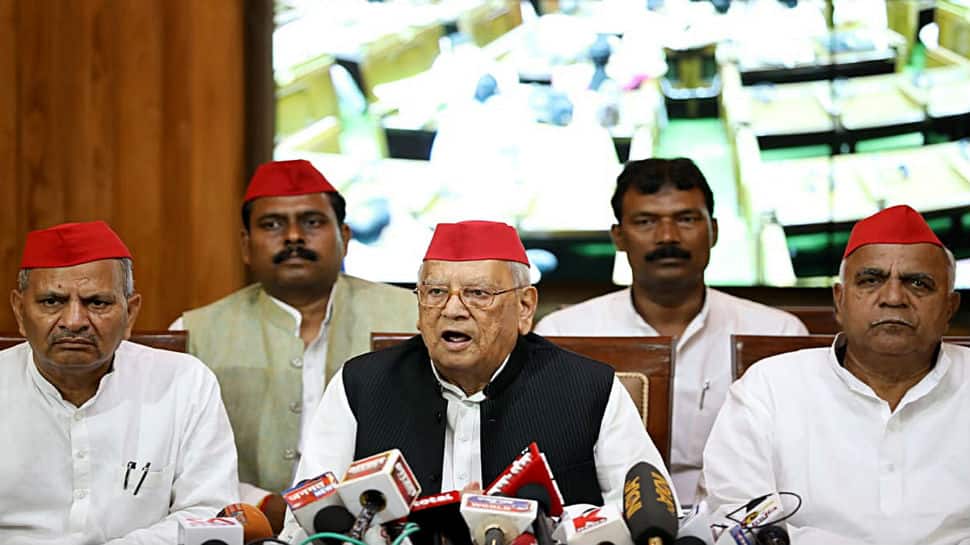 Uttar Pradesh police on Sunday detained several Samajwadi Party leaders in Sonbhadra before the arrival of Chief Minister Yogi Adityanath to meet the families of victims of the Sonbhadra firing incident.

Former MLA Avinash Kushwaha, District Secretary Pramod Yadav, Area president of Lohia Vahini Manni Pandey, Manish Tewari and Junaid Ansari are some SP leaders who have been detained by police, These leaders were taken into custody from their homes by Robertsganj police.

At least ten people, including three women, were killed on Wednesday in an incident of firing over a land dispute at a village in Sonbhadra district of Uttar Pradesh. The incident took place in Ubbha village of Ghorawal when the gram pradhan (village head) went to take possession of his land purchased two years ago. However, he was met with opposition by the villagers, which triggered firing by his aides leading to the death of ten people.

Twenty-nine people have been arrested and four officials have been suspended in connection with the incident. On Saturday, a compensation of Rs 5 lakh each was issued by the state government to the kin of victims of the incident.

Sonbhadra District Magistrate (DM) Ankit Agarwal, who disbursed the relief funds, said, "According to the instructions of Chief Minister, Rs 5 lakh was made available to the families of the ten deceased in the Sonbhadra firing case.