The squad of 4-Para regiment, living up to its war cry of "Balidaan Parma Dharam" (sacrifice is an ultimate duty), successfully carried out the operation last week. 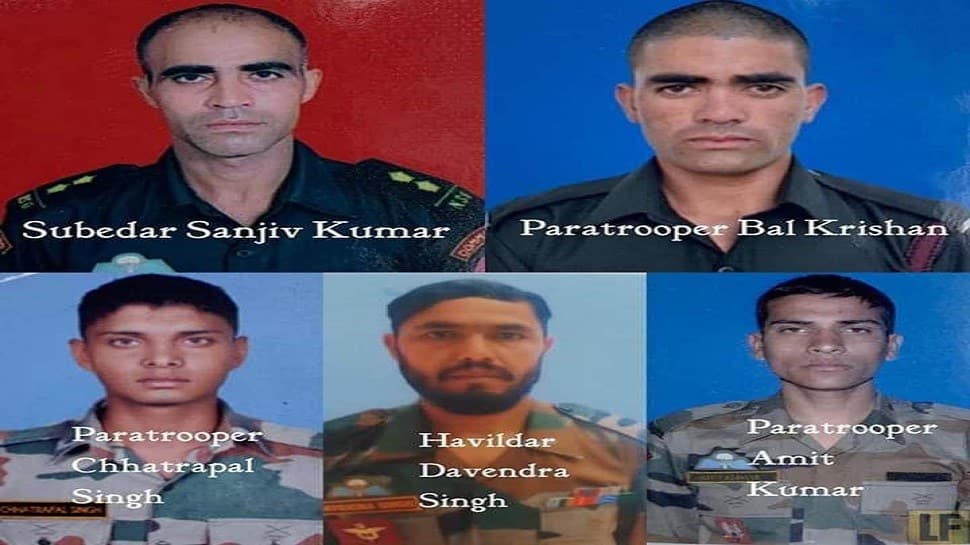 Living up to its war cry of "Balidaan Parma Dharam" (sacrifice is an ultimate duty), the squad was deployed after reports came in about possible infiltration by a group of terrorists in the Keran sector of Kupwara district in the early hours of April 2, according to reports.

After initial contact with the terrorists, it was not immediately clear whether they had returned to Pakistan-occupied Kashmir or were hiding in the heights taking advantage of low visibility and a thick cover of snow-capped pine trees near the Line of Control, officials told PTI.

On April 2, there was no movement and it was perceived that they might have returned but from early hours of April 3, but some movement was reportedly noticed along some 'Gujjar Dhoks' -- temporary shelters of nomads used during the summer.

A plan was immediately chalked out and the Special Forces squad drawn from 4-Para regiment reached the heights of Shamsabari range so that the terrorists could be sandwiched between the approaching Army troops from top and bottom of the hills.

The terrorists holed up in the 'dhoks', however, spotted the descend of the Special Forces squad from Shamsabari Range on April 4 and exchange of heavy gun fire followed.

The Shamshabari mountain range starts from 'Kala Pahar' in Baramulla of north Kashmir and goes up to 'Vajr top' on the boundary of Kargil district of Ladakh. The mountain range with an average height of 3,500 metres guards the valley's Line of Control with Pakistan. 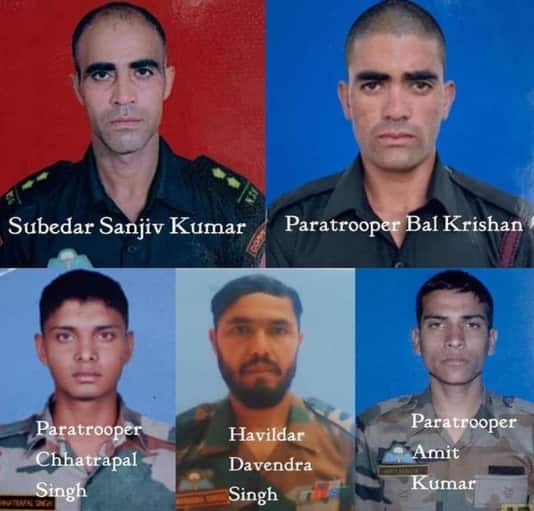 According to the officials, the five troopers with the help of other squads neutralised the five infiltrating terrorists. The subedar was dead during the intense gunfight while the four others succumbed either on way to hospital or at the 92-base hospital, they said.

"Indian Army launched a daring operation at the Line of Control and engaged Pakistan-supported infiltrators in a close quarter battle in heavy snow, neutralising the entire infiltrating batch of five," a defence spokesperson said, adding "Four soldiers under the command of a Junior Commissioned Officer from one of the most professional Para SF Units were heli-dropped near the LoC after information on the infiltrators was received. An intense hand-to-hand battle ensued and all five terrorists were eliminated."

A wreath-laying ceremony was held at the headquarters of XV Corps where Lieutenant General B S Raju gave glowing tributes to the brave soldiers. The mortal remains of the brave soldiers were despatched to their respective homes in an Indian Air Force plane.