Sri Shivakumara Swamiji dies aged 111: Know all about the Lingayat seer of Siddaganga Mutt in Tumkuru

He was being treated for a lung infection which he developed after undergoing a liver bypass last month. 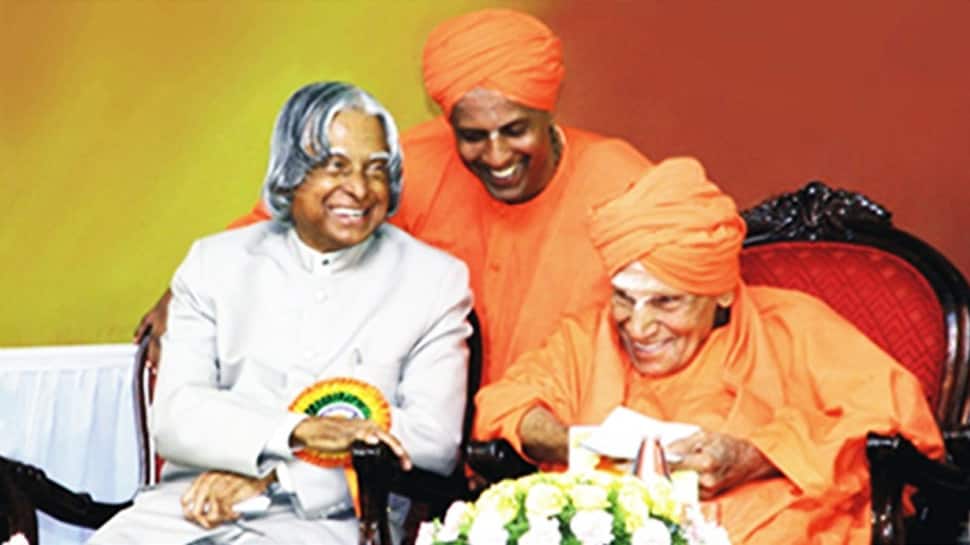 Lingayat religious head of Sree Siddaganga Math Sri Shivakumara Swamiji died on Monday at the age of 111 after battling lung infection for several days. The 'walking god', as he was fondly referred to, was on ventilator support.

Mourning his death, Karnataka CM HD Kumaraswamy said: "Siddaganga Math seer Sri Shivakumara Swamiji passed away at 11.44 am on Monday. The cremation will be done on 22 January at 4.30 pm." BJP leader BS Yeddyurappa along with other leaders MB Patil, KJ George and Sadananda Gowda were also present at the Math in Tumkuru.

Security has been beefed up outside the Siddaganga Math in Karnataka's Tumkuru where the seer breathed his last. He was being treated for a lung infection which he developed after undergoing a liver bypass last month.

The religious head was described as the most esteemed adherent of Lingayatism. Born in 1907 in Karnataka, Swamiji headed the Sri Siddaganga Mutt in the Tumkuru district of the state. He was the founder of the Sri Siddaganga Education Society trust which runs several primary schools, high schools, school for the blind, higher secondary schools, colleges of arts, science and commerce, college of pharmacy, teacher training college and engineering college.

He had established the education society in 1963 with a view that the world is on the brink of disaster and only two group of persons can save the world - an ideal mother and ideal teachers. He had often said that teachers are the architects of the nation and torch bearers of civilisation. "Education is the debt to be paid by the present generation to the future generation," he had said.

He had a profound knowledge of English, Kannada and Sanskrit literature. In recognition of his humanitarian work, an honorary degree of Doctor of Literature was conferred on him by Karnataka University in 1965.

He was also awarded the prestigious Karnataka Ratna award, the highest civilian award given by Karnataka Government on his centenary year 2007, for his social service.

Politicians across party lines have been demanding a Bharat Ratna for the Lingayat seer for several years.