The road was thrown open by GOC 15 Corps Lt General KJS Dhillon in an inaugural function held at zero point Zojila Pass by flagging off a convoy. 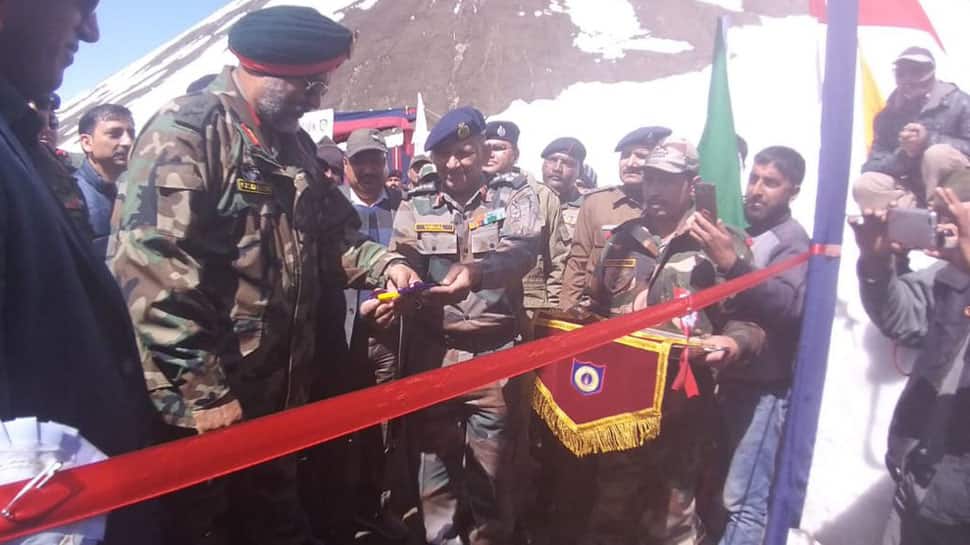 The strategic 434-km long Srinagar-Leh Highway, the only road linking the Ladakh region with the rest of Jammu and Kashmir, reopened on Sunday for traffic after five months of closure.

The road was thrown open by GOC 15 Corps Lt General KJS Dhillon in an inaugural function held at zero point Zojila Pass by flagging off a convoy.

The road was closed in December 2018 and due to heavy snow accumulation and snow avalanches, the reopening of the road got delayed by almost a month this year.

The Chinar Corps of the Army re-opened the highway. On the occasion, the Army especially thanked a man named Tula who led the work at the Zojila Pass.

Tula is a specially-abled man who cannot hear or speak. The silent warrior, however, led a race against time to ensure he and his team complete the work at the Zojila Pass quickly. The Chinar Corps was especially grateful to Tula and his team for the work done. "You are an inspiration for everyone. My salute to you and your team for completing the task of opening Zojila Road swiftly," Lt General KJS Dhillon told Tula and his team on the occasion of the opening of the key pass.

Zojila Pass is crucial because it is through here that the highway between Ladakh region and Kashmir valley passes at 11,575 feet above sea-level. The entire length of the highway is 434 kilometres and it was closed for four months due to heavy snowfall in the winter months.

Hundreds of vehicles - civilian as well as military - make use of the highway every day when it is open and the Zojila Pass forms a key part of the entire road network.