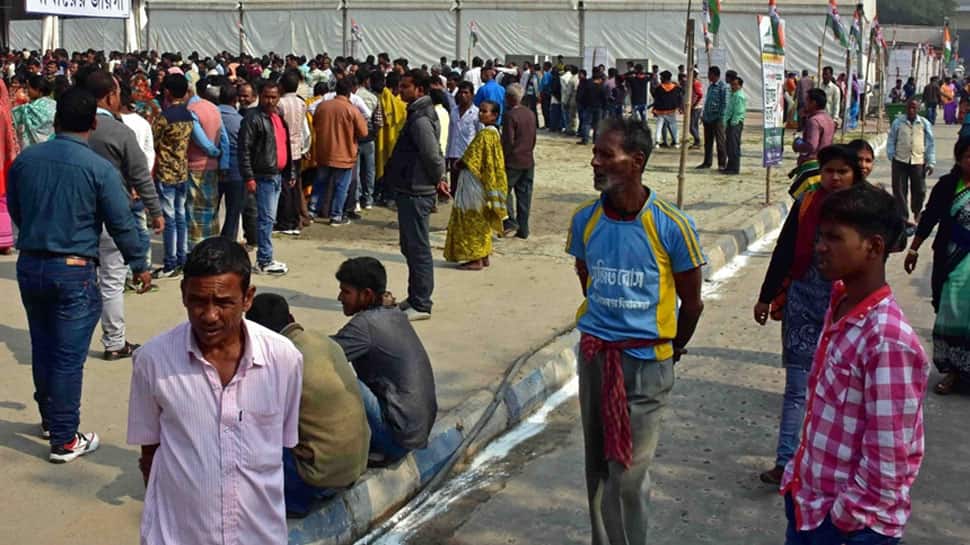 "I have met Deve Gowda-ji, Hemant-ji (Hemant Soren of Jharkhand Mukti Morcha) and Akhilesh Yadav. I will meet other Opposition leaders too," Banerjee told reporters.

Large scale preparations have been made to ensure that it is a complete success. Besides the huge stages, 20 watch towers have been erected and 1,000 microphones and 30 LED screens put up so that the spectators can see and hear the speeches of the leaders clearly.

Lakhs of TMC supporters and workers are expected to attend the rally and huge numbers of them from various corners of the state have already started pouring into the city. They have been put up in the outskirts of the city and in some auditoriums and stadiums.

Hundreds of TMC volunteers will be on the grounds to take care of supporters.

As many as 10,000 police personnel will be deployed and around 400 police pickets have been set up to ensure foolproof security, the police said.

Pakistan should introspect its role in Afghanistan's precarious situation, hits back India