Statue of Unity a priceless investment, worthy of money spent on it: Venkaiah Naidu

Naidu visited the 182-metre-tall statue in Kevadiya in Gujarat's Narmada district and said only a partial account of Patel's role and contributions in the freedom struggle was documented. 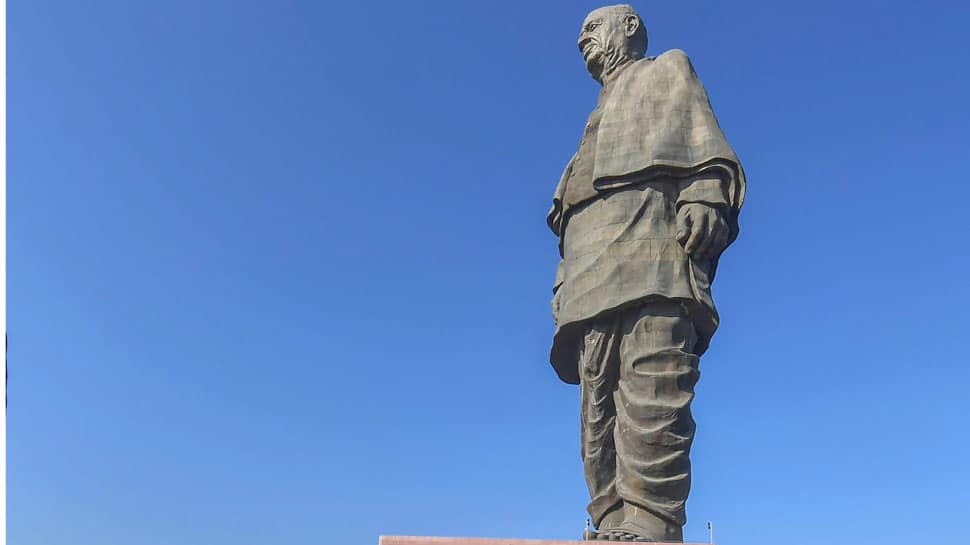 New Delhi: Vice President M Venkaiah Naidu on Sunday said the Sardar Vallabhbhai Patel's statue in Gujarat, known as the Statue of Unity, was a way of correcting the imbalance in presenting the historical narrative of India, which justified the amount spent on it.

Naidu visited the 182-metre-tall statue in Kevadiya in Gujarat's Narmada district and said only a partial account of Patel's role and contributions in the freedom struggle was documented.

"This Statue of Unity is a firm reminder of the vision, courage, capabilities and contributions of Sardar Patel in the making of modern India. In the true sense, it is a way of correcting the imbalance in presenting the historical narrative of our country," Naidu was quoted in a statement issued by the vice president's office.

Justifying the money spent on the statue, Naidu said given the significance of the structure, "the amount spent on erecting it was worth it and it is a priceless investment". He also complimented Prime Minister Narendra Modi for his initiative to build the statue and said it should serve as a reminder to uphold unity among all Indians.

Known as the "Iron Man", Patel was the country's first deputy prime minister and home minister.

Citing a letter written by Patel to Jawaharlal Nehru, the country's first prime minister, in which he had cautioned about the threat from China, Naidu said the situation after the 1962 Sino-India war could have been different if Patel's words had been heeded.

"We all know that one of our neighbours waged war against us in 1962 and its result. Had Sardar's concerns been taken seriously, the situation could have been different. All other issues raised by Sardar Patel still remain relevant," he said.

Underlining the importance of the unification of the erstwhile princely states after Independence, Naidu said getting freedom from the British was a milestone in the country's modern history, but the integration of the 565 self-governed states that existed at the time of Independence was another equally important milestone.

"Without Patel and his vision and resolve, many of these 565 princely states would have preferred and remained as independent countries. Had this happened, the map of India would have been vastly different from what we have today," he said.

The people of India would forever remain grateful to Patel for realising his dream and vision of consolidating the country with a steely resolve, Naidu said. "For this act of courage and determination, Patel is rightly called the 'Iron Man of India'," he said.