Speaking in Maharashtra Assembly, Uddhav Thackeray said that he is still with ideology of Hindutva and has never betrayed former CM Devendra Fadnavis. 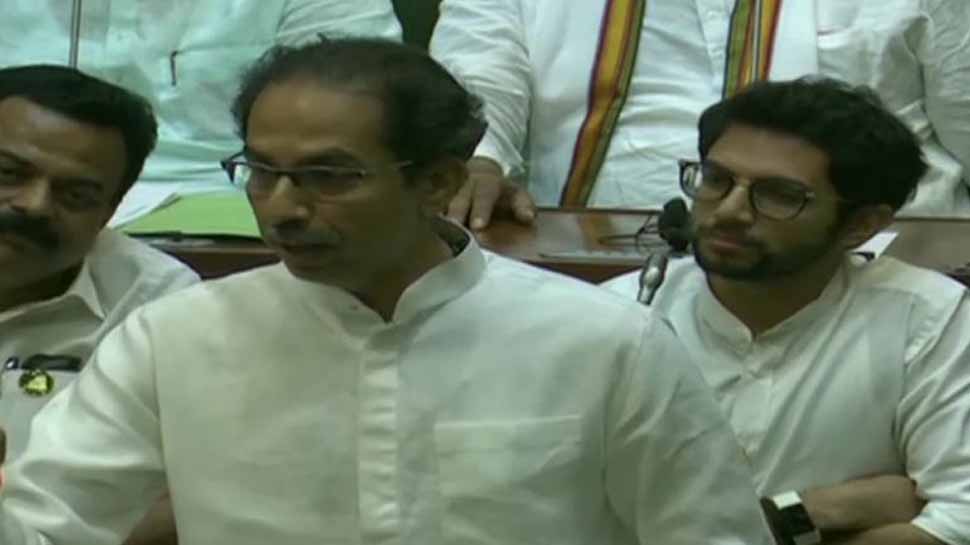 Maharashtra Chief Minister Uddhav Thackeray on Sunday (December 1) said that he is still with the ideology of 'Hindutva' and will never leave this ideology. Speaking in Maharashtra Assembly, Thackeray also said that he has learnt a lot of things from the former chief minister and BJP leader Devendra Fadvanis and will always remain his friend. The Shiv Sena chief, who took oath as the Maharashtra CM on Thursday (November 28), stressed that his party was an ally of the BJP when the latter ran the government in the state from 2014-2019 but he never betrayed the BJP.

"I have learnt a lot of things from Devendra Fadvanis and I will always be friends with him. I am still with the ideology of 'Hindutva' and won't ever leave it. In past 5 years, I've never betrayed the government," said Uddhav Thackeray.

Calling himself a lucky chief minister, Uddhav Thackeray said that those who fought against him in the October Assembly election are now backing his government and those who were his allies are now against him.

"I am a lucky CM because those who opposed me are now with me and those who I was with are now on the opposite side. I am here with my luck and blessings of people. I have never told anyone that I will be coming here but I came," noted Thackeray, who is currently leading the Shiv Sena-Congress-NCP government in Maharashtra.

In a veiled attack on Fadnavis, Thackeray said that he will not call him an 'Ópposition leader' but will call him a 'responsible leader'. Thackeray, however, added that if Fadnavis would have agreed to Sena's demand and remained friendly with his party then the BJP-Shiv Sena split would not have happened.

"I won’t call you (Devendra Fadnavis) an 'Opposition leader', but I will call you a 'responsible leader'. If you would have been good to us then, all this (BJP-Shiv Sena split) would have not happened,"noted Uddhav Thackeray.

Earlier on Sunday, Congress leader Nana Patole was elected as the Maharashtra Assembly Speaker unopposed after the BJP withdrew its nomination for the post. This comes a day after Maharashtra Chief Minister Uddhav Thackeray-led Maha Vikas Aghadi government proved its majority in the floor test with the support of 169 MLAs.