A large number of students hit the streets in Pune, Nagpur, Kolhapur, Aurangabad and Jalgaon to protest against the government's move to postpone the MPSC exams. 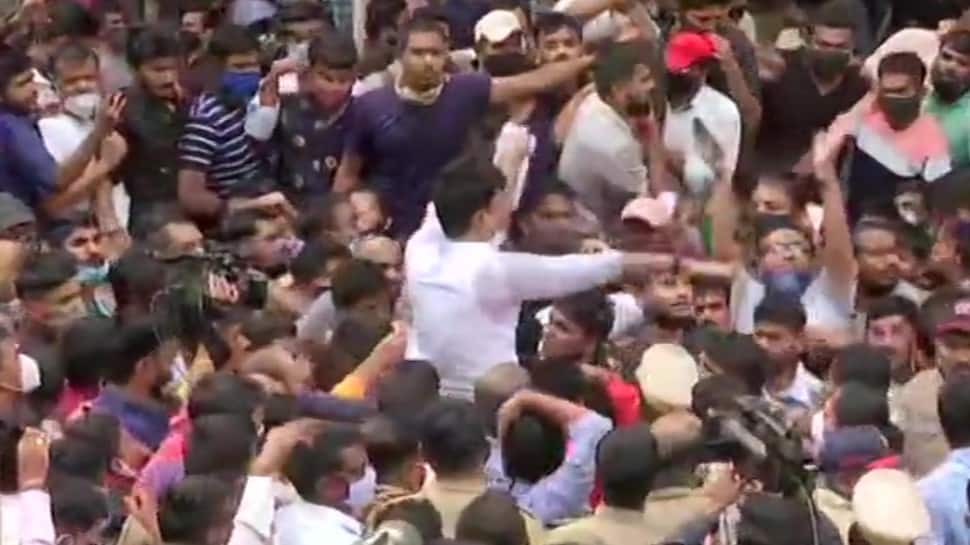 New Delhi: After the Maharashtra Public Service Commission (MPSC) examinations were postponed, students took to the streets in many cities in the state and created a ruckus.
A large number of students hit the streets in Pune, Nagpur, Kolhapur, Aurangabad and Jalgaon. Students demanded the exams not be cancelled.

The MPSC examination was scheduled to be held on Sunday (March 14).

The state government postponed the examination in view of the increasing cases of coronavirus. Many students raised slogans against the government.

The protests happened in Navi Peth, Pune and at Sakkardara Chowk in Nagpur. In Kolhapur too, the students created a ruckus and demanded the government to reconsider the decision to postpone the exam.

A large number of students crowded the Court Chowk in Jalgaon, disrupting the movement of vehicles. Protests were also carried out at Jyotiba Phule Chowk in Aurangabad.

Earlier, on Tuesday Mumbai Guardian Minister Aslam Shaikh said if coronavirus cases continue to rise in the city and the possibility of a night curfew or partial lockdown is high. Additionally, a three day 'Janata curfew' will be imposed in Maharashtra's Jalgaon district.