Sudiksha Bhati's death in road accident also kills a 'dream'; Who to blame?

The early demise of Sudiksha, who received a scholarship of Rs 25 million from the Babson College, Massachusetts (US) in the year 2018, has also perished the dreams of the family that sacrificed its needs to provide her wings of success. 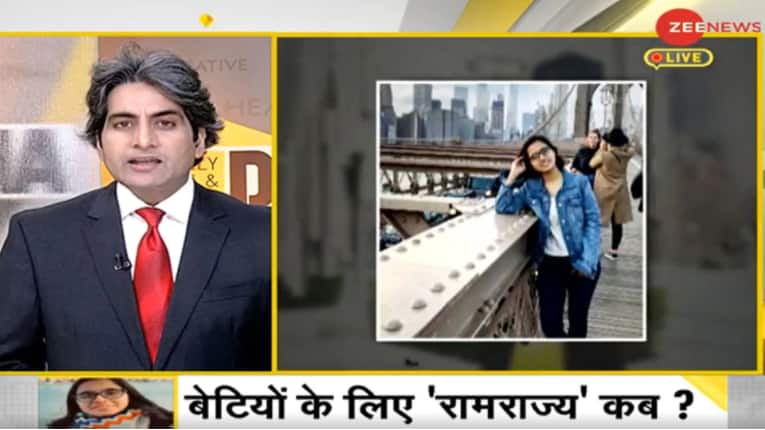 New Delhi: The death of 20-year-old Sudiksha Bhati, who died in Bulandshahr in a road accident on Monday morning when she was riding pillion on a motorcycle with her younger brother, has shocked Zee News, which had shown her success story to the whole country in 2018.

The early demise of Sudiksha, who received a scholarship of Rs 25 million from the Babson College, Massachusetts (US) in the year 2018, has also perished the dreams of the family that sacrificed its needs to provide her wings of success. The DNA report delves deep into systemic fault lines that probably lead to Sudiksha's untimely death. The daughter of a tea-shop owner, her success story was a dream for many girls who come from backgrounds like her.

Sudiksha met with an accident while she was en route to her maternal uncle's home in Bulandshahr's Khanpur area from their house at Deri Scanar village in Gautam Buddh Nagar's Dadri tehsil. Reports say the balance of the motorcycle was lost and she fell headlong on the road and succumbed to her injuries. The Bulandshahr police said that the motorcycle on which Sudiksha was sitting was being driven by her minor brother and both of them were not wearing helmets.

Her brother fell on the Kachcha road so he suffered less injury while Sudiksha suffered a serious head injury and died on the spot. Sudiksha's family, however, said that the motorcycle was driven by her uncle, her brother was sitting in the middle and she riding pillion. They also that the three were also wearing helmets and accident took place as they were heckled by bullet-borne men. These bike-borne men were chasing Sudiksha's motorcycle and to avoid them, her uncle applied the brakes and was hit by the chasing motorcycle.

Since the police is probing this case, we do not know whom we should blame, but we will certainly say that the tolerance for corruption in our system contributed in scuttling the success story of a promising girl. The accident took place 35 to 40 km away from Sudiksha's house, but during this time, no traffic policeman stopped them for not wearing a helmet.

Although she was living in the US for the last 2 years where helmets are mandatory for people up to 21 years. In India too, one cannot ride a two-wheeler without wearing a helmet and a person below 18 years is not allowed to drive. As many as 2300 people lost their lives in road accidents simply because they were not wearing helmets. In the year 2018, over 2300 minors lost their lives in road accidents.

If Sudiksha and her minor brother were riding a motorcycle without helmets, then it is the failure of our country's system. Had it been in America, they would not have done it there at all. Sudiksha came to India from America in March this year due to the COVID-19 induced lockdown and she was to go to the US again on August 20, to pursue a course of Entrepreneurship.

Sudiksha wanted to become a successful entrepreneur and if she were alive, she might have achieved success but dreams of her family were shattered in this accident. The biggest reason behind this mishap is perhaps our tolerance for road accidents. On such accidents, we generally say that luck was bad, God willing, and it was pre-destined.

The second aspect of this story is that this accident happened due to some people riding bullet motorcycles were chasing Sudiksha, whose brother is understood to have stated that the motorcycle that heckled their bike had "Jat" written on it. Such caste-based titles are often seen written on vehicles though it is illegal. In the initial investigation, the Bulandshahr police, however, denied it to be a fallout of eve-teasing.

In 2019, the National Crime Records Bureau (NCRB) released some statistics on crime against women from the year 2017. It stated that 3,59,849 cases of crime against women were reported from across the country, and Uttar Pradesh was on top with over 56,000 cases.

We further extracted statistics on incidents of molestation and were shocked to know that about 90 percent of women have faced eve-teasing and this included women of all ages. It was found that 32 percent of culprits were school and college-going students, 35 percent were anti-social elements, while 33 percent were men from the age group of 45 to 65 years.

Sudiksha is no longer in this world, but the question remains who is responsible for this. Her death has also attracted reaction from different political parties citing poor law and order situation in Uttar Pradesh.

Meanwhile, reports coming from Lucknow say that the Yogi Adityanath government has set up a Special Investigation Team (SIT) to probe Sudiksha's death. IG Pravin Kumar has reportedly said the SIT would be led by a circle officer and two inspectors.

The team will probe the circumstances that led to the girl`s death.