The Indian government on Saturday (March 27) has chalked out a four-point plan to reopen traffic in the crucial East-West waterway of Suez Canal. 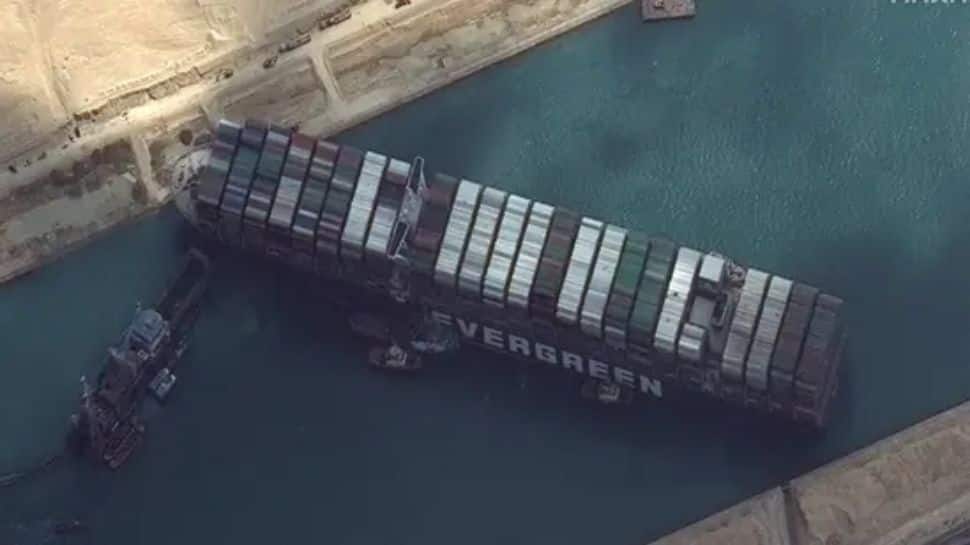 New Delhi: The Indian government on Saturday (March 27) announced that it has chalked out a four-point plan to reopen traffic in the crucial East-West waterway of Suez Canal which is affecting global shipping as a giant container ship remains stuck sideways.

The situation has forced numerous ships to re-route via Cape of Good Hope. Out of the millions tons of cargo which is struck in the Suez Canal the most delicate are the ones carrying animals.

This plan, by the Indian government, was chalked out in a meeting convened by the logistics division, department of commerce on  Friday. The plan includes prioritisation of cargo, freight rates, advisory to ports and re-routing of ships.

The 193-km long canal connects the Mediterranean Sea to the Red Sea and provides the shortest sea link between Asia and Europe. As per the reports, a 224,000-tonne container ship was grounded in the Suez Canal on Tuesday, which completely blocked the traffic along the waterway.

The cargo ships that will be delayed due to the situation includes a number of ships carrying oil to consumer goods.

This blockage is seriously hitting the global trade, the ministry of commerce and industry said in a statement.

The ministry further disclosed that this route is used for Indian exports/imports worth USD 200 billion to/from North America, South America and Europe.

As per the last updates, the vessel still remains grounded in the same position, with tugboats and dredgers still working to free it, according to Canal service provider Leth Agencies. It is still unclear when the route would reopen.