Sukhoi Aircraft Company, a part of Russia’s United Aircraft Corporation, on July 29, 2019, announced that the Su-57 has entered mass production stage. The company added that it has signed a deal with the Defence Ministry for 76 Su-57 fighters for the Russian Aerospace Force. 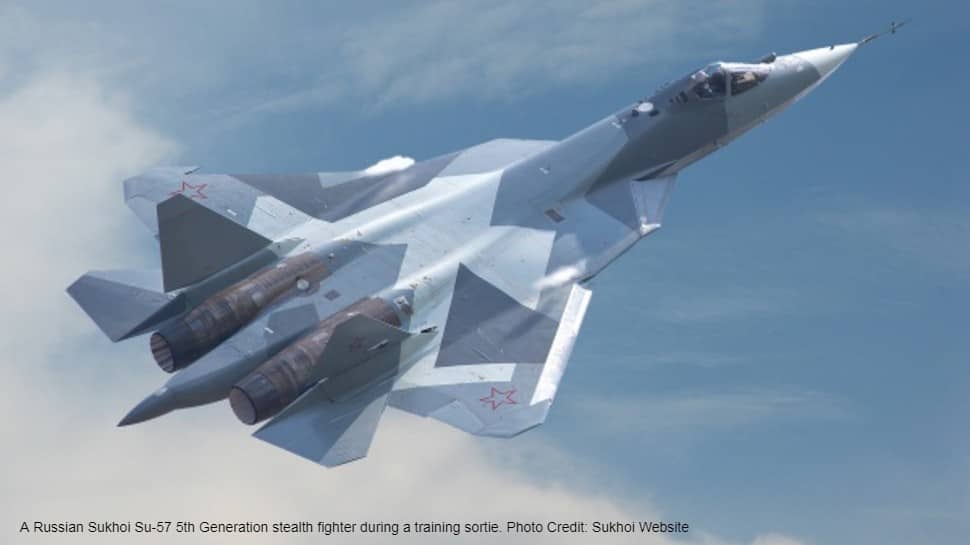 Russia's Sukhoi Su-57 5th Generation stealth fighter is currently not being considered for the Indian Air Force (IAF) but the combat aircraft can be evaluated once it joins active service with the Russian Air Force. Air Chief Marshal Birender Singh Dhanoa, who was in Russia from July 9-12, 2019, told Russian Ministry of Defense's official newspaper Krasnaya Zvezda that IAF can take a decision on single-seat, twin-engine multirole supersonic Su-57 only after the combat aircraft starts flying as part of the Russian Air Force.

"If you mean the 5th Generation aircraft (Sukhoi Su-57), the question has not yet been considered. When the aircraft is already put into service with you, only then can we make a decision for ourselves. We are ready to consider it for acquisition after we see it, and it is provided to us for consideration and assessment," ACM Dhanoa said in reply to a question about the possibility of joint participation of Russia and India in development of combat aircraft. The interview was in Russian and was released on Krasnaya Zvezda on July 19, 2019.

India and Russia had partnered for the Fifth Generation Fighter Aircraft/Perspective Multi-role Fighter. But India later pulled out of the FGFA programme following differences over the development of a new engine to power the fighter and the sharing of the sources codes to upgrade the combat jet without Russia's help. Even the escalating cost of developing a fighter, its stealth and weapon-carrying capabilities to rival the F-22 Raptor and F-35 Lightning II of the United States of America became a bone of contention.

However, India also indicated that it may rejoin the programme if its objections and concerns were addressed by Russia. A vast majority of the IAF fighter fleet is of Russian origin including MiG-21 Bison, MiG-29 UPG and Su-30 MKI.