Taking cognisance of Ghulam Nabi Azad’s assurance of not getting into political activities during his visit, the apex court allowed him to visit Jammu and Kashmir and meet people. 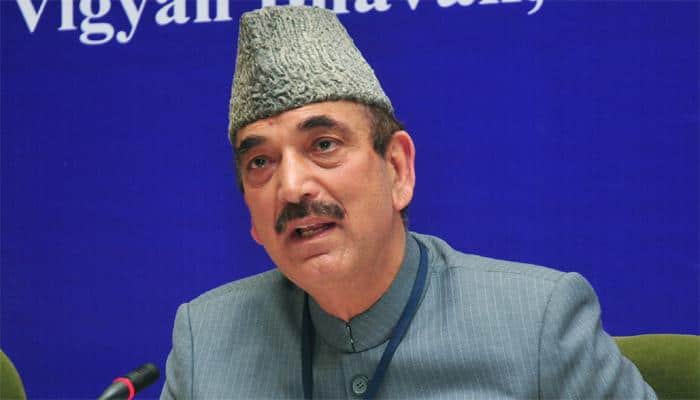 The Supreme Court on Monday allowed veteran Congress leader and former Jammu and Kashmir chief minister Ghulam Nabi Azad to visit him home state. Azad has been allowed by the top court to visit Srinagar, Anantnag, Baramulla and Jammu to carry out social activities for the benefit of people in the area.

In his plea submitted before the Supreme Court, the Congress leader had assured that he had no intention to indulge in any political engagement during his visit to Jammu and Kashmir, which has been under an unprecedented security cover since the abrogation of Article 370 by Prime Minister Narendra Modi-led NDA government.

Taking cognisance of Azad’s assurance of not getting into political activities during his visit, the apex court allowed him to visit Jammu and Kashmir and meet people.

While hearing the case, the court urged the J&K administration to ensure return of normalcy in the region, taking into account the factors related to national security. The bench also asked the Chief Justice of Jammu and Kashmir to submit a report on whether the residents of the region were even able to reach the courts.

Terming it as a “serious issue”, Chief Justice of India Ranjan Gogoi said that he would talk to the J&K Chief Justice personally regarding the issue.