The apex court in its order of September 28 2018 set aside a Kerala temple rule which disallowed women in the reproductive age groups between 10 and 50 years. 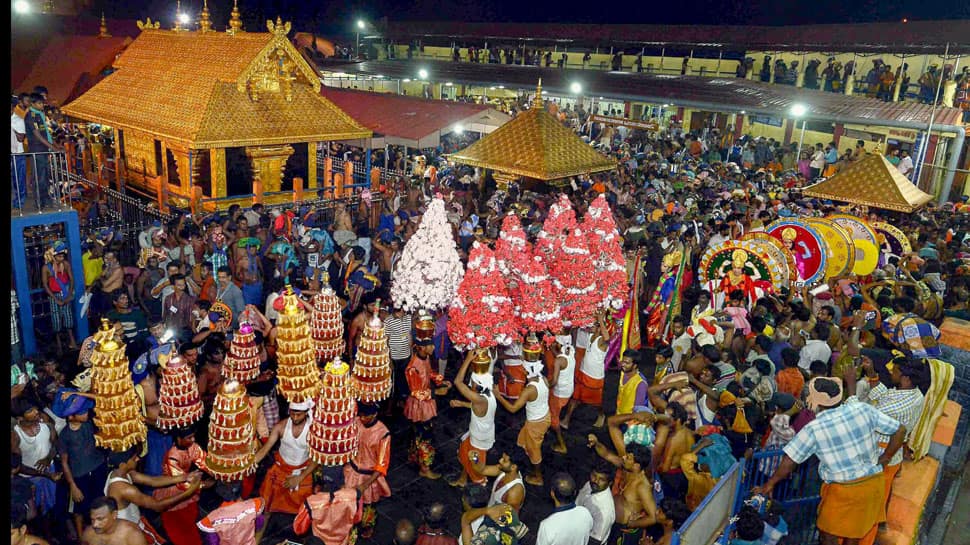 The Supreme Court on Wednesday will hear a batch of pleas seeking review of its judgement allowing women of all ages to enter Kerala's Sabarimala temple complex.

The apex court in its order of September 28 2018 set aside a Kerala temple rule which disallowed women in the reproductive age groups between 10 and 50 years. The issue has also led to a political turmoil with the state's Left government in the state backing the ruling and the BJP opposing it. Several women have since visited the temple which houses a bachelor deity.

On September 28 2018, a five-judge constitution bench, headed by the then Chief Justice Dipak Misra, in a 4:1 verdict had paved the way for entry of women of all ages into the Sabarimala temple, saying the ban amounted to gender discrimination.

On November 13 2018, the apex court had agreed to hear in open court in January this year the pleas seeking review of its verdict, but had refused to stay the judgement. However, on January 22, the top court had said it may not start hearing the pleas, seeking review of Sabarimala verdict till January 30 as one of the judges of the bench, Justice Indu Malhotra, was on medical leave.

Justice Malhotra, the lone woman judge in the bench, had delivered the dissenting judgement in the case last year.