The fire ripped through the coaching centre located in Takshashila Arcade in Surat`s Sarthana area on Friday, killing as many as 20 people, mostly students, and injuring many others. 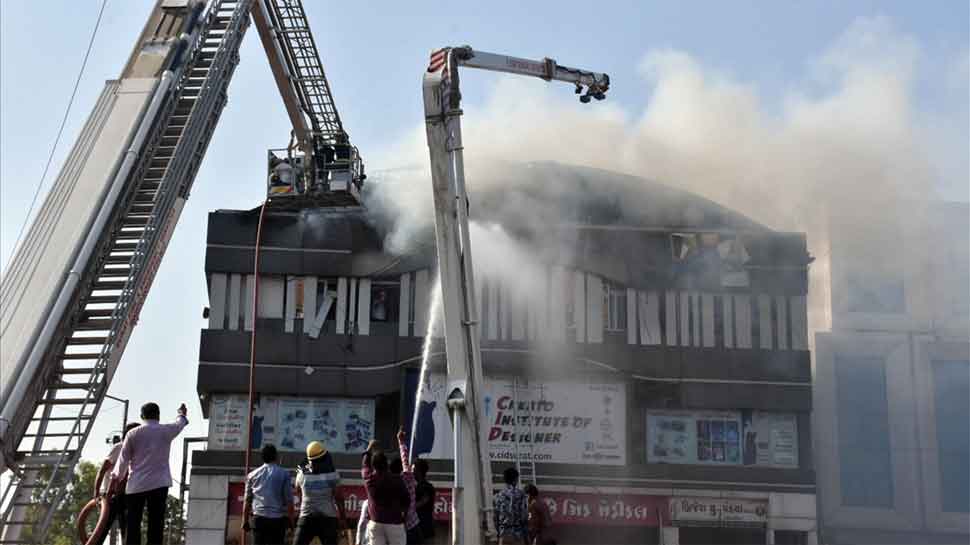 Surat: After the fire tragedy which claimed the lives of 20 people, mostly students, the Surat Municipal Corporation (SMC) seems to have sprung into action as it began a demolition drive on Monday.

Jayesh Solanki, Executive Engineer of the West Zone, SMC said that the demolition drive is targeting all illegal constructions in all the zones of the city and will be continued till they all cease to exist.

He asserted that the restaurant being torn down was constructed illegally by flouting the norms.

"This is a high-rise apartment in which a restaurant was being operated illegally. We are tearing down the portion which is illegal to use. This demolition drive is being carried out in all 8 zones of the city. We will continue it till all the illegal structures are brought down," Solanki told reporters here.

The drive started by SMC is likely to avoid incidents such as the one which took place on Friday. A blaze ripped through the coaching centre located in Takshashila Arcade in Surat`s Sarthana area on Friday, killing as many as 20 people, mostly students, and injuring many others.

Several students were seen jumping off the building to escape the inferno on May 24. Some people were unable to escape and died on the spot. As the rescue operations were carried out, charred bodies were found.

The fire was reportedly triggered by a short circuit. Gujarat Chief Minister Vijay Rupani ordered an investigation and announced a compensation of Rs 4 lakh each to the families of those killed.