The NHRC on Saturday issued a notice to Gujarat government and its Chief Secretary Jagdip Narayan Singh seeking a detailed report in the matter. 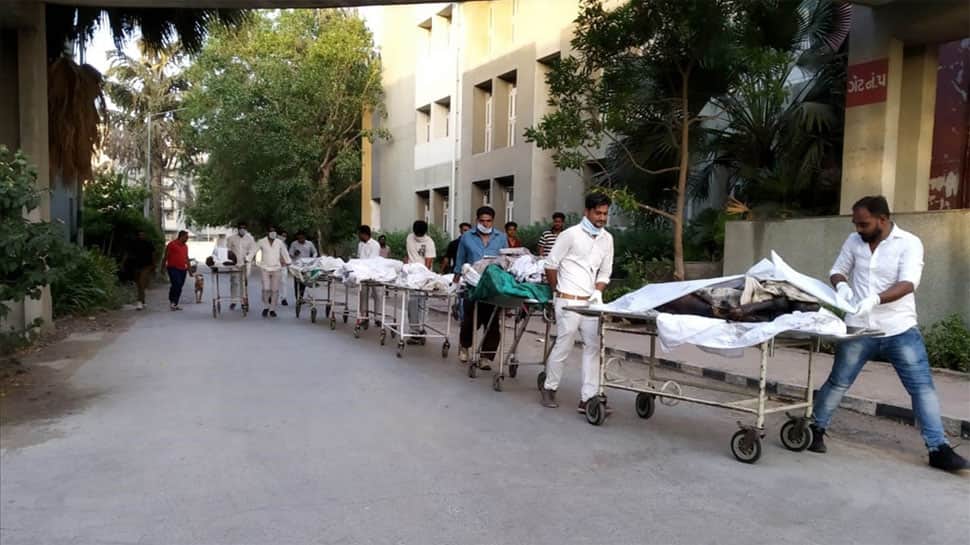 NEW DELHI :Taking suo motu cognizance of media reports on the Surat fire tragedy which killed 20 people, mostly students, the National Human Rights Commission (NHRC) on Saturday said the incident was a grave violation of the human rights of the students.

The NHRC on Saturday issued a notice to Gujarat government and its Chief Secretary Jagdip Narayan Singh seeking a detailed report in the matter. The NHRC has also asked Singh to submit a report on the legal status of the building, its construction, fire fighting measures, fire safety clearance and relief granted to the grief-stricken families. It is exoected that the Gujarat government woukld submit its report in four weeks. "The Commission also expects that the best and free of cost treatment is provided by the State to the injured persons," NHRC statement read. "Going by the media reports, it appears that there was no safe passage for the victims, which could have been used as a fire exit in case of the emergency. Mere announcement of compensation to the aggrieved families cannot be a solution to such kind of hazards," added the statement.

The police has registered an FIR against three people including coaching centre owner Bhargav Butani and builders of the complex Harshal Vekaria and Jignesh. Butani has been arrested by police. Learning lessons from Surat incident, the Delhi Fire Service has decided to conduct audit of all coaching institutes running in the national capital to avert any such tragedy. Talking to PTI, Delhi Fire service officials said the department is planning to conduct audit from Monday.

Meanwhile, the initial investigations of Surat fire suggest that the blaze was triggered by a short circuit in the building. Several students were attending classes at an illegally run coaching institute at the time, which ran Maths and Fashion Designing classes for 11th and 12th standard students.