ANI reported that Lt Gen DS Hooda (Retd) will prepare the vision paper in consultation with a select group of experts. 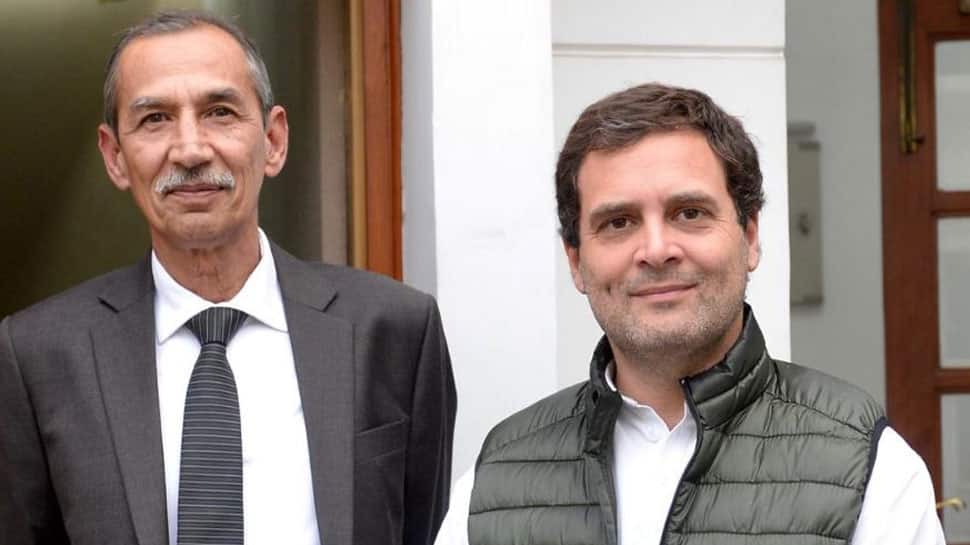 NEW DELHI: Lt Gen DS Hooda (Retd) will lead a Task Force on National Security set up by Congress President Rahul Gandhi to prepare a vision paper for the country in the aftermath of terror attack which took place in Pulwama on February 14.  Lt Gen Hooda was the architect of 2016 surgical strikes when he was serving as the commanding officer of the Northern Army Command.

Congress President Rahul Gandhi to set up a Task Force on National Security to prepare a vision paper for the country. Lt Gen DS Hooda (retd) to lead the Task Force and prepare the paper in consultation with a select group of experts. pic.twitter.com/TnxtZSOtpw

ANI reported that Lt Gen DS Hooda (Retd) will prepare the vision paper in consultation with a select group of experts. Referrring to Pulwama attack, Lt Gen Hooda (Retd) had cautioned the government against acting in haste.

Sources said that Lt Gen Hooda (Retd) will work with a team of retired police and Army officers to prepare the vision paper on the national security challenges and will complete the comprehensive report in one month.

Rahul Gandhi met Lt Gen DS Hooda (retd) on Thursday few hours after the Congress attacked the government for intel failures leading up to Pulwama attack, which claimed the lives of 40 CRPF personnel.

Meanwhile, amid growing clamour in the country to launch another surgical strike to avenge the Pulwama attack, Home Minister Rajnath Singh on Thursday assured that "time will come" when the expectations of people will be fulfilled.