On the eve of Holi, a group of 'influential' men kidnapped 13-year-old Raveena and 15-year-old Reena from their home in Ghotki district. 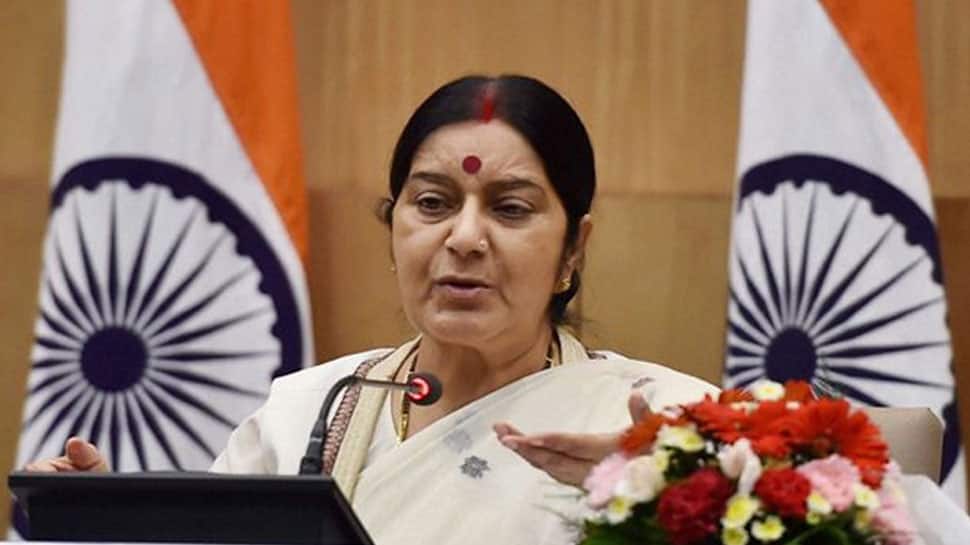 New Delhi: External Affairs Minister Sushma Swaraj on Sunday asked Indian High Commissioner in Pakistan to send a report after two minor Hindu girls were said to be kidnapped and forcefully converted to Islam before being married.

"I have asked Indian High Commissioner in Pakistan to send a report on this. @IndiainPakistan Two Hindu girls abducted on Holi eve in Pakistan's Sindh," the EAM tweeted.

Replying to Swaraj, Indian High Commission said, "Ma'am, we are aware of this case and sending details shortly."

The duo, who are sisters, were allegedly abducted in Pakistan's Sindh province, triggering protests by the minority community.

On the eve of Holi, a group of 'influential' men kidnapped 13-year-old Raveena and 15-year-old Reena from their home in Ghotki district.

Following the abduction, a video went viral in which a cleric was reportedly shown solemnising the Nikah (marriage) of Raveena and Reena.

In another video, the two sisters were seen claiming that they embraced Islam themselves and were not forced to covert or get married.