As described by Prime Minister Narendra Modi, Sushma Swaraj’s sudden demise has brought the end of “a glorious chapter in Indian politics”. 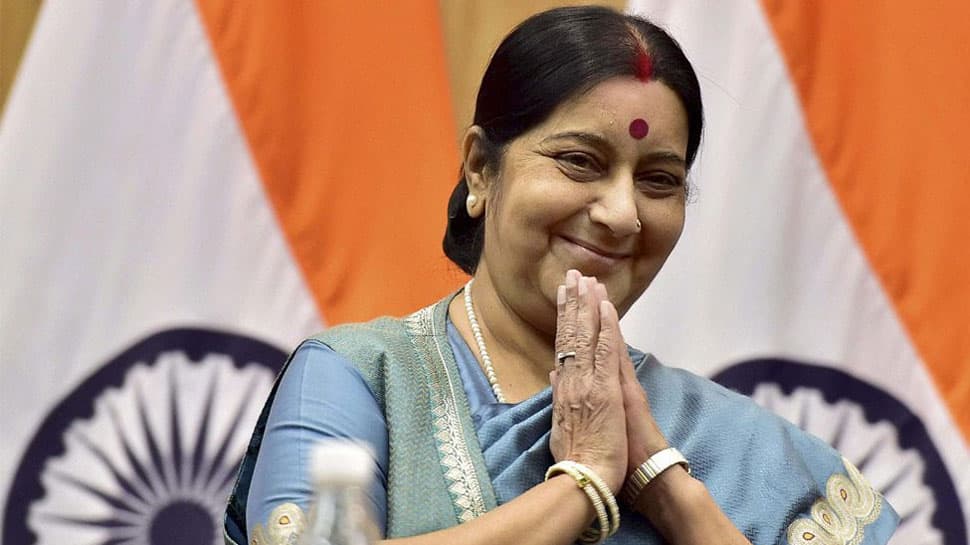 Former External Affairs Minister and Bharatiya Janata Party (BJP) stalwart Sushma Swaraj breathed her last at around 9 pm on Tuesday. After her health deteriorated late Tuesday evening, she was rushed to the All India Institute of Medical Sciences, where she was declared dead.

After the BJP stalwart’s demise at AIIMS, her mortal remains were taken to her residence at Dhawan Deep building, Janpath. People can pay their last respect to the leader at her residence between 8 am and 11 am on Wednesday. At around noon, the mortal remains will be taken to BJP headquarters where party members would pay their last respect. Her last rites will be held at the Lodhi Road electric crematorium in the national capital at around 3 pm on Wednesday.

As described by Prime Minister Narendra Modi, Sushma Swaraj’s sudden demise has brought the end of “a glorious chapter in Indian politics”. The beloved leader has left behind a legacy of being an easily accessible minister, who came to the rescue of several distressed Indians in different parts of the world. Even through a platform like microblogging Twitter, she ensured during her tenure in the government that she provided all possible help to Indians, who were in trouble in any part of the world.

During her political career, the BJP stalwart often went beyond party lines to back what was right and oppose what was wrong. Once when a senior politician joined the BJP, he ended up making a derogatory remark against a woman Member of Parliament, and Sushma was among the first ones to publicly criticise his remark. She even sought an apology from the new entrant in the party.

Among her many achievements, the former external affairs minister was the first woman to be honoured with the Outstanding Parliamentarian Award. She was also the first ever full time External Affairs Minister of the country.

She was allotted the portfolio during the first tenure of Prime Minister Modi-led NDA government. Despite a glorious tenure wherein she was considered a people’s minister, she declared ahead of the Lok Sabha election that she would not contest the same, citing health reasons. In 2016, she underwent a kidney transplant.

Having started her political career as a member of the Akhil Bharatiya Vidyarthi Parishad (ABVP), Sushma’s rise in the Indian polity is a remarkable journey. She was a woman of many firsts, including being the youngest Cabinet minister at age 25 in 1977, being the first woman Chief Minister of Delhi and being the first-ever woman spokesperson of a political party.