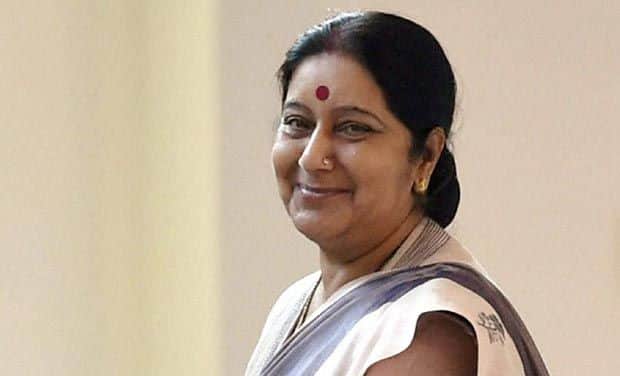 "In her present role, she (Sushma Swaraj) has become India’s best-loved official," states the article
Share:
Written By:

The article written by Tunku Varadarajan, a fellow at Stanford University’s Hoover Institution, says, "In her present role, she has become India’s best-loved official, mostly due to her tireless attention to Indians in distress abroad."

As the external affairs minister, 65-year-old Swaraj actively helps resolve the problems of Indians living abroad. "It is a task she gave herself after it became clear that Prime Minister Narendra Modi, a control freak, intended to exercise tight personal control over foreign and security policy," narrates the article.

With over 8.69 million followers, Swaraj is among the top 10 most followed politicians on Twitter. "The majority of her tweets are written in response to pleas for help," writes Varadarajan.

Despite the political tensions between India and Pakistan, many Pakistani citizens tweet to Swaraj, requesting for help, points out the article.

"There’s a steady flow to India of Pakistani visitors in urgent need of medical attention, hospitals in Pakistan being expensive and largely substandard," he writes.

In a recent incident, the writer recalls, a toddler from Pakistan, Rohaan Siddiqi, was able to get a live-saving surgery done. Post operation, the child's father said, "The heart of my child beats today for Madam Sushma Swaraj.”

"Her response was, 'Rohaan—keep smiling,' a tweet that will do more for neighborly relations than a score of official summits," writes Varadarajan.