A passport application can now be processed from anywhere in India and from mobile phones, said EAM Swaraj. 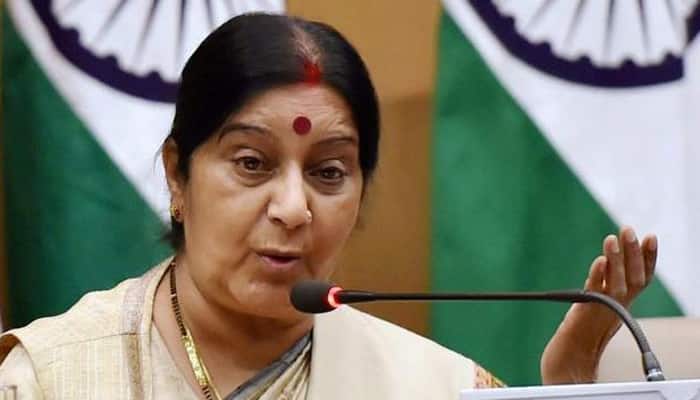 New Delhi: Getting a valid passport will now be much easier for the applicants with the government launching a Passport Seva App on Tuesday. The app, which was launched by External Affairs Minister Sushma Swaraj, makes the process for obtaining a passport much easier.

While terming it as a "passport revolution", the minister said that the simplified new passport application rues will make things much easier for hundreds of Indian citizens willing to undertake a Haj pilgrimage.

Now, through Passport Seva app, people can apply for a passport from any part of the country. Police verification will be done on the address you will give on the app. The passport will be dispatched to that address: EAM Sushma Swaraj pic.twitter.com/rdYdq6sRsb

It is to be noted that the decision regarding the quota and eligibility regarding the annual Haj pilgrimage is taken by the Ministry of Minority Affairs, the issuance of passport still remains with the External Affairs Ministry.

During her speech, the senior BJP leader also stated that the new passport centres now function in separate northeast regions of the country as earlier there was just a single centre in Guwahati.

The Guwahati passport centre catered to the passport seekers of all the neighbouring regions up until now.

"In the first two phases, we announced 251 passports registration centres out of which 212 centres are already established. In the third phase, 38 additional centres were announced out of which two centres have been operationalised,'' the EAM said.

Swaraj further informed that currently there are 260 working passport centres, which will be expanded to all Lok Sabha constituencies in the near future.

Ahead of the passport Seva app launch, a meeting took place between Women and Child Development Ministry and the Ministry of External Affairs during which steps that needed to be taken for hassle-free issuance of passport and making the application form more citizen-friendly were discussed.

The External Affairs Ministry is also reportedly preparing a list of areas where new passport centres are to be opened.