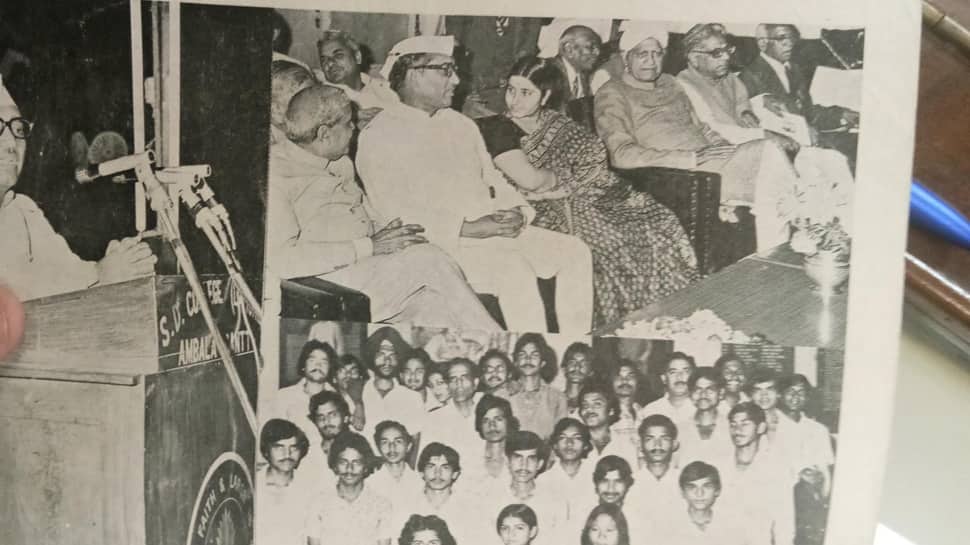 A prolific orator, a firm politician, an easily accessible External Affairs Minister – these are just some of the attributes of Bharatiya Janata Party (BJP) leader Sushma Swaraj, who died at the All India Institute of Medical Sciences (AIIMS) in the national capital on Tuesday night. Apart from being a master of these virtues, Sushma was also a bright student who won several accolades while pursuing her studies in college.

She got admitted to the Sanatan Dharm College in Ambala Cantt in 1966, and she completed her graduation with flying colours in 1970, when she received her BA (Hons) degree. Signs that she would eventually emerge as a stalwart were visible during her college days, as she secured good marks throughout her graduation.

During her college days, Sushma remained the best speaker of her college for all three years. For three consecutive years, she bagged the Best Hindi Speaker award from the languages department of Haryana. In 1970, she was also awarded the trophy for the Best Student.

She was also adjudged the best cadet of the NCC also for three years. And in addition to it, she was the best shooter among the NCC cadets in the university.

According to Rajendra Singh, who served as the principal of the college where Sushma studied, recalled her as a student who was excellent in all fields and a role model for other students. He further said that after becoming a successful politician, she never agreed to be a chief guest at any college event, saying she would always want to remain a student for the place.

Sushma Swaraj ensured help was always around, even on Mars: 11 times she aced the Twitter game