The award was conferred by President Ram Nath Kovind in New Delhi. 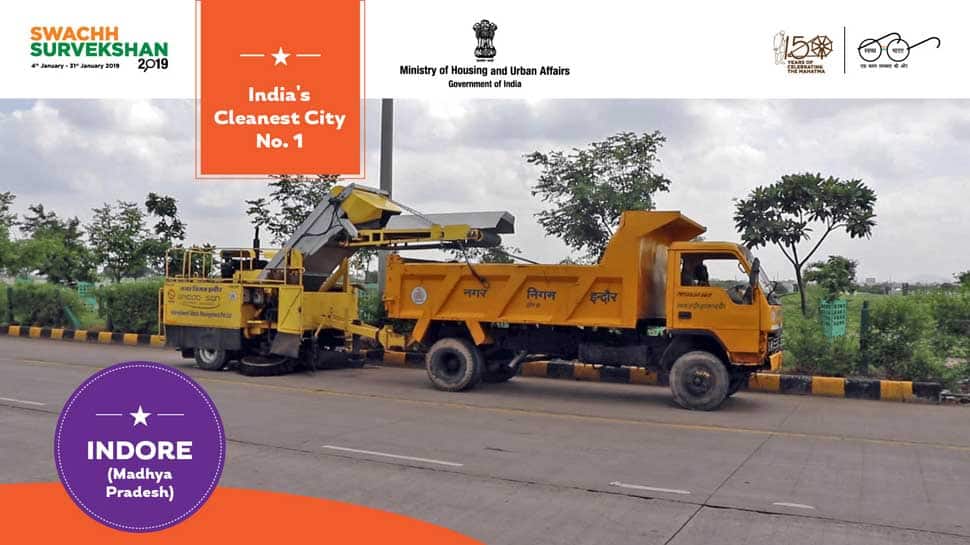 NEW DELHI: Indore was awarded as the cleanest city of India for the third straight year in the Swachh Survekshan 2019 on Wednesday. The award was conferred by President Ram Nath Kovind in New Delhi.

Top-ranked cities received a statue of Mahatma Gandhi as a memento for their work towards cleanliness.

Addressing the event, President Kovind said, “Mahatma Gandhi had played a pivotal role in spearheading the movement of cleanliness. I hope people will take inspiration from the just concluded Kumbh Mela and the level of cleanliness in it. There is a need to change the mindset of the people towards cleanliness as many people pay a lot of attention to personal hygiene and cleanliness at home but not to public cleanliness. The culture of cleanliness has to become an integral part of in the lives of the citizens.”