'Swami jee has no ill-will against modern science': Patanjali after IMA demands action against Ramdev for remarks on allopathy

Patanjali Yogpeeth (Trust) said that Ramdev was reading out a WhatsApp forwarded message in the video that has gone viral on social media. 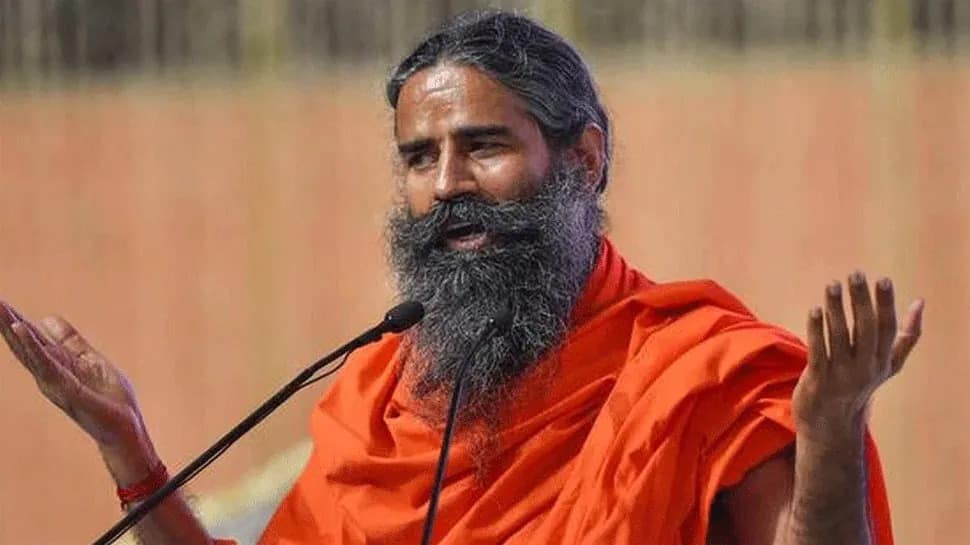 New Delhi: Hours after the Indian Medical Association (IMA) demanded strict action against yoga guru Ramdev for remarks on allopathy, the Patanjali Yogpeeth (Trust) on Saturday (May 22, 2021) said that 'Swami jee has no ill-will against modern science'.

In a statement, the Haridwar-based Patanjali Yogpeeth (Trust) said that Ramdev was reading out a WhatsApp forwarded message in the video that has gone viral on social media.

"It is necessary to mention that the event was a private event and Swami jee was reading out a forwarded WhatsApp message received by him and various other members who were participating in the event," Patanjali Yogpeeth (Trust) said.

"Also, Swami jee has no ill-will against the modem science and good practitioners of modern medicine. What is being attributed against him is false and nugatory," the added.

The official statement also said that Baba Ramdev has been a firm believer that patient treatment, and relief from the diseases and its pains should be the motto of a medical practitioner.

"He believes that allopathy is a progressive science; and a combination of allopathy, ayurveda and yoga will be beneficial to everyone during such difficult times," Patanjali Yogpeeth (Trust) stated.

Earlier, the IMA had demanded that the Centre should take strict action against Ramdev for allegedly misleading people by making 'unlearned' comments and describing modern medicine as 'stupid science'.

Citing a video circulating on social media, the IMA said Ramdev has claimed that allopathy is a 'stupid science' and medicines such as remdesivir, faviflu, and other drugs approved by the Drugs Controller General of India have failed to treat COVID-19 patients.

The doctor's body also quoted Ramdev as saying that 'lakhs of patients have died after taking allopathic medicines'.

"Ramdev should be prosecuted under the Epidemic Diseases Act as "untutored" statements are "a threat to the literate society of the country as "well as to the poor people falling prey to him," the IMA had said in a statement.

They added, "The Union health minister, who himself is a practising modern medicine allopathic postgraduate and head of this (health) ministry, should either accept the challenge and accusation of this gentleman and dissolve the modern medical facility or boldly face and prosecute the person for his words of arson on the sovereignty of the country and book him under the Epidemic Act to save millions of people from such unscientific utterances."

The Indian Medical Association also alleged that Ramdev was trying to take advantage of the situation and create a sense of fear and frustration among the people at large.

"He is doing this so that he can sell his illegal and unapproved so-called medicines and make money at the cost of the public at large," the association said.