Born as Narendranath Dutta, Swami Vivekananda was a disciple of one of Indian greatest spiritual gurus Ramakrishna Paramhansa. 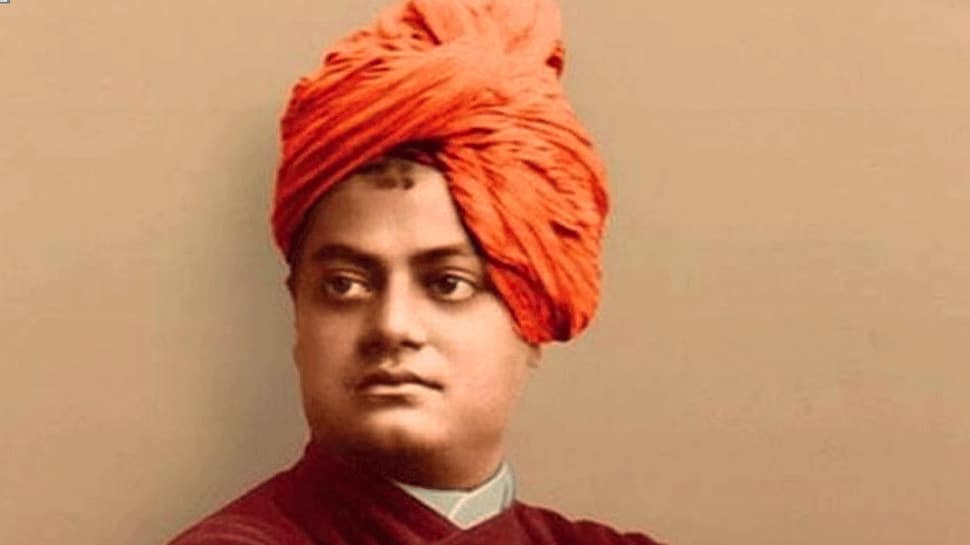 A prominent figure in the introduction of the Indian philosophies of Vedanta to the western world, he is credited with bringing Hinduism to the status of major world religion and raising interfaith awareness, during the late 19th century. He founded the Ramakrishna Math and the Ramakrishna Mission.

Born into an aristocratic Bengali family in Calcutta, he was influenced by Ramakrishna from whom he learnt that all living beings were an embodiment of the divine self and so service to God could be rendered by service to humankind.

Interestingly, Vivekananda, who is now popular across the globe for his teachings and philosophies, had opposed his ‘Guru’ Ramakrishna’s views and his approach towards spirituality.

In the beginning, Vivekananda dismissed Ramakrishna’s vision as "mere figments of imagination" and "hallucinations". He opposed idol worship and did not appreciate the idea of Advaita Vedanta. But destiny had a different plan. Narendranath subsequently got attracted to Ramakrishna's philosophies. And the day he learnt of the latter's greatness, life took its own course. Narendra had received the spiritual calling.

In a short span of time, his noble spiritual endeavours spread far and wide. However, his teachings had an everlasting impact.

Vivekananda, addressed the audience at the Art Institute of Chicago on September 11, 1893, in the Parliament of the World's Religions, and began his speech by saying: "Sisters and brothers of America!". The audience was taken by surprise. This compassionate gesture commanded a standing ovation from the crowd of 7000 for about two minutes.

Such was the aura of his saint-like personality and charisma! His speech in Chicago stunned the audience as he spread the essence of Indian philosophies to the world. His words echoed the sentiments of people from varied religious backgrounds and attracted attention from one and all. He thus took India's spiritual heritage abroad.

Vivekananda conducted hundreds of public and private lectures and classes, disseminating tenets of Hindu philosophy in the US, England and Europe. In India, his birthday is celebrated as National Youth Day.

"'All the powers in the universe are already ours. It is we who have put our hands before our eyes and cry that it is dark.' My tributes to Swami Vivekananda on his death anniversary. His astute vision motivate us to build a nation that has the ability to lead the world," tweeted Railways Minister Piyush Goyal.

"'Strength is life, Weakness is Death.' My tributes to Swami Vivekananda on his death anniversary, one of the greatest indian spiritual and youth icon. His vision and message of brotherhood motivate us to build a nation that has the ability to lead the world. #SwamiVivekananda," tweeted Minister of State for Animal Husbandry, Dairying and Fisheries and MSME Pratap Sarangi.

Puducherry Governor Kiran Bedi tweeted, "Swami Vivekananda passed away on July 4, 1902. This is a page out of Rousing Dawn, Daily Quote from Swami ji, a publication of Sri Ramakrishna Math, Mylapore, Chennai. It says, ‘When u are doing any work do not think of anything beyond..Do it as Highest Worship and devote’..."

"'Arise,awake and donot stop until the goal is reached.'Tributes to Our guide, iconic philosopher and most inspiring personality Swami Vivekananda Ji on his death anniversary. He will continue to inspire us for generations," tweeted Sunil Deodhar.

Congress leader Manish Tewari tweeted, "As different streams having different sources all mingle their waters in the sea, so different tendencies, various though they appear...all lead to God. Tributes to #SwamiVivekananda on his death anniversary, whose teachings on equality of faith hold relevance even today!"