Constructed by the CPWD, the newly-constructed flats are equipped with all modern amenities and cater to the minutest requirements of the MPs. 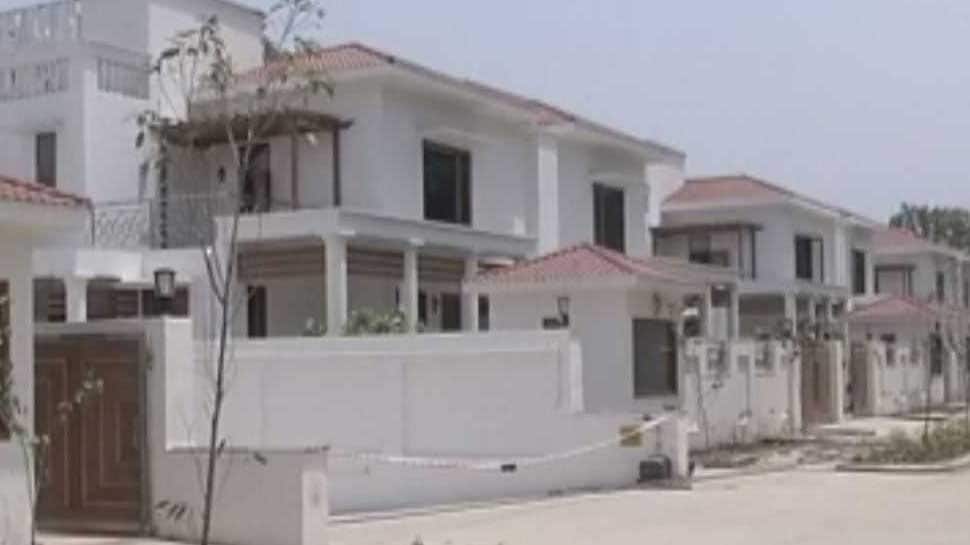 NEW DELHI: As part of the Lok Sabha secretariat’s cost-cutting measures, the construction of new flats for newly-elected Members of Parliament has been completed in Delhi's high-security and posh North Avenue locality.

According to reports, at least 36 flats with the state-of-the-art facilities are ready to be allotted to newly-elected Lok Sabha MPs.

Constructed by the Central Public Works Department (CPWD), the newly-constructed flats are equipped with all modern amenities and cater to the minutest requirements of the MPs. The new swanky duplex flats have earthquake-resistant construction and Green building features.

Each apartment block has two floors and flats built here come with duplex option. They are equipped with lifts and have a view of the majestic Rashtrapati Bhavan.

In order to reduce the power bill, solar panels have been installed at the rooftops for producing electricity. Not only this, the flats are equipped with sensors lights which will automatically switch on and off as one enters or moves out of the rooms.

The construction of swanky new flats for MPs is part of the Lok Sabha Secretariat’s cost-cutting measures.

Till recently, the newly-elected MPs used to stay in five-star hotels for which the Estate Department had to bear a huge expense.

During a meeting chaired by the outgoing Lok Sabha Speaker Sumitra Mahajan, it was decided to stop the practice of housing newly-elected MPs, who don’t have any official residence, in plush hotels.

Instead, it was decided that the newly-elected MPs will be made to stay with their respective state guest houses or the newly renovated Western Court, the state-run transit hostel in the heart of the capital, till they are allotted their official accommodation.

According to a Lok Sabha Secretariat official, almost 300 newly-elected MPs had to be accommodated in hotels in 2014. And their duration of stay ranged from 15 days to three months, which cost heavily to the Estate Department.

It may be noted that the hotel expenses are not borne by the Lok Sabha Secretariat but the estate department of the Union Urban Development Ministry. An MP is entitled to official accommodation near the Parliament building, but outgoing MPs take time to vacate their accommodation.