Talks on Kartarpur Corridor underway between India and Pakistan on Thursday

India will brief the media on the talks around 4 pm. 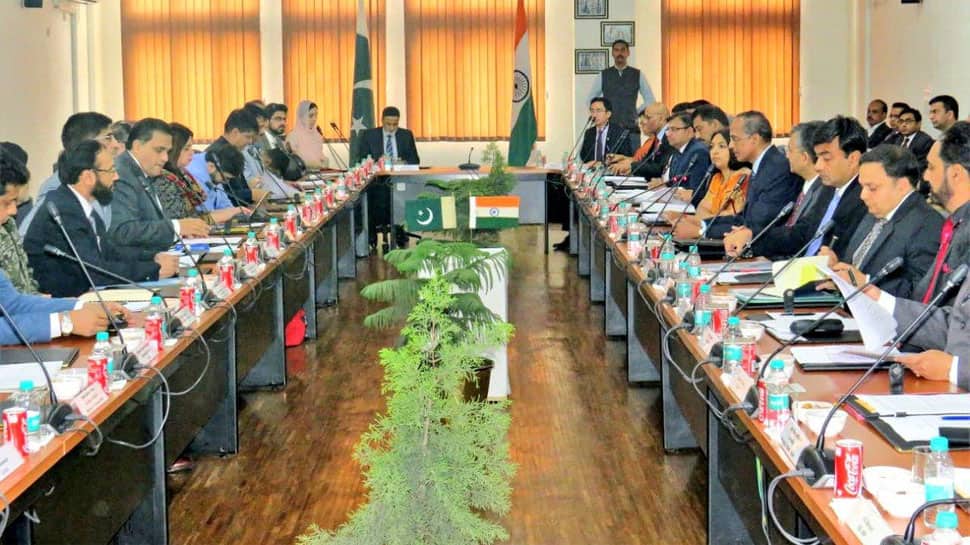 CHANDIGARH: Talks between India and Pakistan to finalise the modalities for the Kartarpur Corridor is currently underway at Attari in Punjab's Amritsar District on Thursday morning. The dialogue between the two nations comes exactly a month after the February 14 Pulwama terror attack which killed over 40 CRPF troopers.

Commitment to fulfill a dream!

Talks begin between India & Pakistan to discuss and finalize the modalities for the #KartarpurCorridor, at Attari, Amritsar, that’ll facilitate Indian pilgrims to visit the holy shrine of Gurudwara Darbar Sahib Kartarpur. pic.twitter.com/XWSUtk0Ene

The Pakistani delegation left for India around 10 am on Thursday morning. Spokesperson Ministry of Foreign Affairs Pakistan Mohammad Faisal confirmed the same on Twitter.

Pakistan Delegation is leaving for #India for #Kartarpur Talks

“Continuing with our spirit of constructive engagement and flexibility and in line with our sincere efforts to deescalate the situation for regional peace and stability, we decided to agree to the India proposal and that is why we are here today,” said Dr Mohammad Faisal ahead of crossing over to Indian side.

India will brief the media on the talks around 4 pm. The two delegations are expected to discuss the operational modalities of the corridor and border infrastructure alignment. India will also raise the Khalistani propaganda which Pakistan has given free rein in Sikh Shrines in its territory.

An Indian delegation will visit Islamabad on March 28.

With inputs from Siddhant Sibal