The Union Minister chaired a meeting with officials of BIS, Delhi Jal Board (DJB), officials from Ministry of Jal Shakti and Department of Consumer Affairs and FSSAI where it was discussed that the Standards for Drinking Water which are being set by BIS must be made mandatory which are currently voluntary in nature and only then can they be enforced. 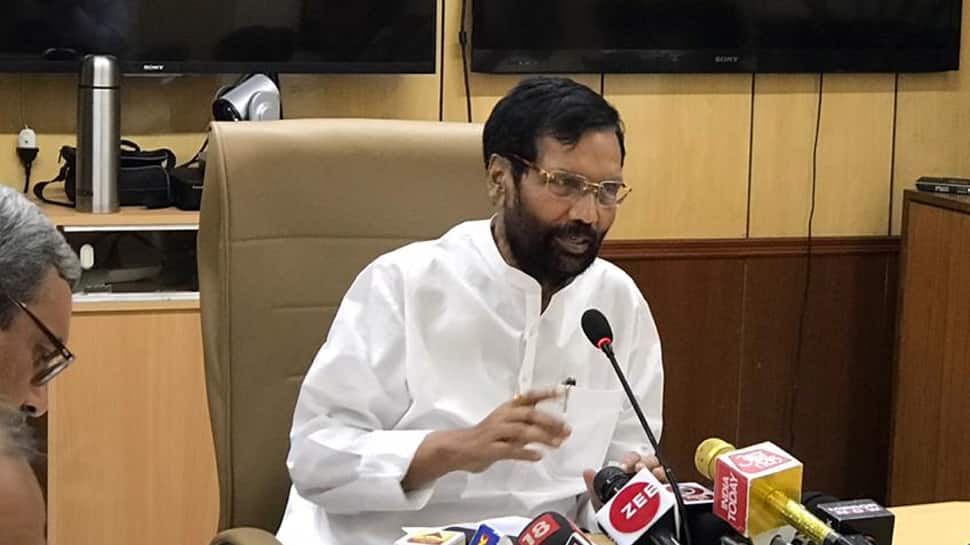 Amid Delhi Chief Minister Arvind Kejriwal`s claim that the Delhi Jal Board is providing pure water to the residents of the national capital, a report by the Bureau of Indian Standards (BIS) has said that the tap water in the national capital isn't drinkable. The BIS collected samples from 11 different areas in Delhi that do not comply with its standard, said Union Minister Ram Vilas Paswan on Thursday.

The Union Minister chaired a meeting with officials of BIS, Delhi Jal Board (DJB), officials from Ministry of Jal Shakti and Department of Consumer Affairs and FSSAI where it was discussed that the Standards for Drinking Water which are being set by BIS must be made mandatory which are currently voluntary in nature and only then can they be enforced.

BIS informed during the meeting that it had collected samples from 11 places from Delhi region and tested them on 42 parameters such as PH levels, Odour, Metal content, Total Dissolved Solids (TDS) and all samples failed to meet the BIS standard on multiple parameters. Paswan said it is the responsibility of DJB to provide clean drinking water to all residents of Delhi and people are facing numerous issues due to this.

He directed the BIS officials to collect samples from state capitals and compile the results by November 2019 itself. The process of collecting samples from the state capitals including Delhi has already begun. BIS will be conducting a test of all the water samples for which teams have been deployed.

He said that if the quality of the water is not drinkable, then action will also be taken against the water supply agency. According to Paswan, the New Delhi Municipal Council (NDMC) does the water supply work in the Lutyens zone, adding that the water belongs to the water board and they only supply it.

Paswan said that BIS has been asked to write letters to all states including Delhi and also to concerned officials from various Ministries to create a consensus among them regarding making the standards mandatory. He exhorted the media to make a ‘Jan Aandolan’ or a people’s movement out of this initiative of the Ministry. The Minister also asked for research to be done to create basic testing kits which can be easily used and understood by all people that will help them ascertain whether the water is clean enough to drink or not.

He made the clarion call for beginning a ‘Swachh PaniAbhiyaan’ or clean water mission in line with Prime Minister Narendra Modi’s ‘Swachh Bharat Abhiyaan’. Paswan asserted that it is not a matter of consumer rights but of people’s lives and therefore must be given priority. He stated that it is PM Modi’s vision to provide piped drinking water to all households by 2024 and for furthering this vision and mission, he has started this Abhiyaan which has begun from Delhi and will be taken across the nation.