Tejashwi has categorically said that he would attend the Assembly and get involved in RJD’s functioning only after Tej Pratap Yadav is ousted from the RJD, claims Bihar minister. 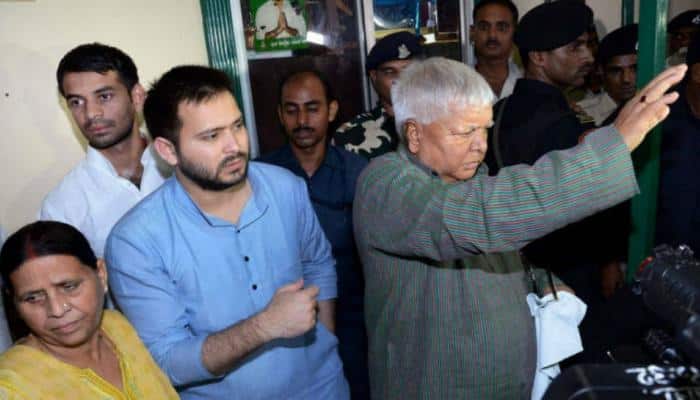 All doesn’t seem well at present in Lalu Prasad Yadav’s family and party, the Rashtriya Janata Dal (RJD). A claim made by Bihar minister Vijay Sinha has triggered fresh speculations in the state’s political circles over power tussle within the RJD. The minister has claimed that RJD leader Tejashwi Yadav, who has been taking care of party functioning since the conviction of Lalu in fodder scam cases, has put up a condition for removal of his brother Tej Pratap Yadav from the RJD.

Notably, after the debacle in the recently concluded Lok Sabha election 2019, Tejashwi had been away from Bihar for a considerable period of time. Even after returning from the vacation, the former deputy chief minister of Bihar failed to make an appearance in the state Assembly, even as his party was making all attempts to corner the government over deaths of children due to Acute Encephalitis Syndrome.

Bihar Labour Minister Vijay Sinha said that a source in the RJD had told him about Tejashwi’s condition for resuming party work. He said that it was because of this reason that Lalu’s younger son had been absent from Bihar political circles and Assembly session.

According to Sinha, Tejashwi has categorically said that he would attend the Assembly and get involved in RJD’s functioning only after Tej Pratap Yadav is ousted from the party.

The RJD has, however, dismissed the claims made by the minister. Bhai Virendra of the RJD has said that their rivals are spreading rumours which are baseless. Senior RJD leader Abdul Bari Siddiqui refused to comment on the issue.

Ahead of the Lok Sabha election, Tej Pratap Yadav had launched a new political front, named Lalu-Rabri Morcha. While launching the front, the Yadav scion had alleged that he was being sidelined in the party. There were also reports that the RJD was contemplating action against Lalu’s elder son.