Trouble for Barh SSP Lipi Singh who courted controversy for using a vehicle having a Rajya Sabha MP sticker pasted to it when she arrived at the Saket court in Delhi to seek transit remand of independent Mokama MLA Anant Singh seems to have escalated. 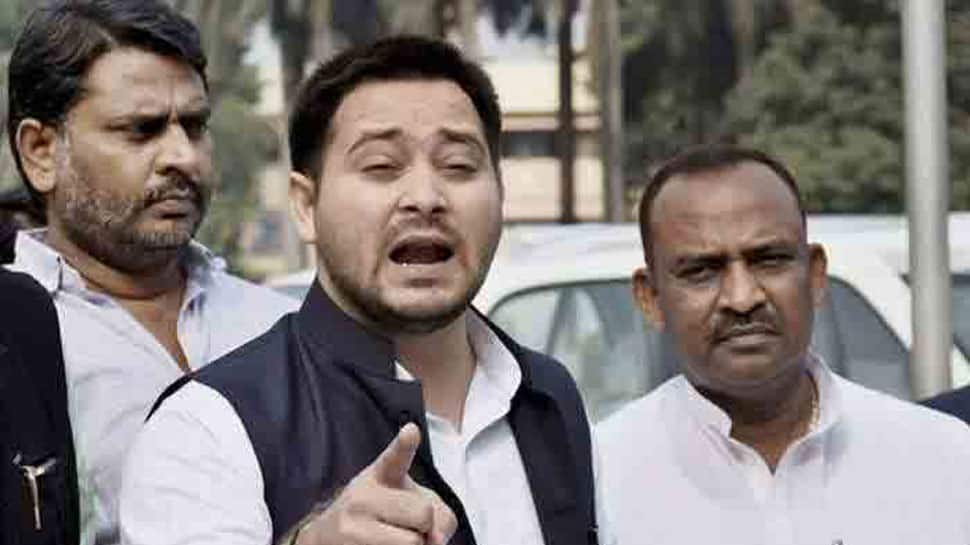 Patna: Trouble for Barh SSP Lipi Singh who courted controversy for using a vehicle having a Rajya Sabha MP sticker pasted to it when she arrived at the Saket court in Delhi to seek transit remand of independent Mokama MLA Anant Singh seems to have escalated.

The celebrated Bihar cop has come under fire from RJD MLA and Leader of Opposition in Bihar Tejashwi Yadav, who targetted Lipi Singh's father and JD(U) Rajya Sabha member RCP Singh on Sunday and said that the JD(U) must be investigated for corruption.

Questioning why only RJD supremo Lalu Yadav's family is being targetted over corruption, Tejashwi said that Singh's daughter, travelling in cars carrying Parliament's sticker, is a matter to be probed.

Alleging that the car used by Barh SSP belonged to some Member of Legislative Council (MLC), Tejashwi said that even chief ministers don not own such "luxurious cars", and demanded an inquiry into the matter from Bihar CM Nitish Kumar.

Earlier on Sunday, Tejashwi held a meeting with party leaders and other members and raised several issues during the meeting. the RJD leader made an appearance in the state after being absent for 42 days and immersed into political activities on arriving. He also kicked-off a membership drive from his constituency Raghopur and announced a target of enrolling 50 lakh new members in the party.

The trouble for SSP Lipi Singh sparked on Saturday when she reached the court not in a police vehicle, but in a car which had a Rajya Sabha sticker pasted on it. According to Zee Media sources, the car belonged to MLC Ranveer Nandan. This led to speculation as to why was an MLC's car carrying a Rajya Sabha MP's sticker.

Meanwhile, the Saket court has granted a two-day transit remand of Bihar MLA Anant Singh, who has been charged under the Unlawful Activities (Prevention) Act, to Bihar Police. The Bihar Police had requested the court for the MLA’s transit remand so that he could be taken to Patna for further questioning.

The police had sought the transit remand in connection with the recovery of AK-47 rifle, grenades, and bullets during raids at his ancestral residence. According to the police, the weapons recovered from Singh’s residence might have been used in some big incidents.