Tension escalates in West Bengal over Citizenship Act, internet blackout to continue in Assam till Monday

In the Noth Eastern state of Assam, the situation became better after the imposition of curfew. More than 100 protesting people were taken into custody by the Assam police and nearly 2,000 were detained. The Assam government is taking every possible step to avoid any kind of violence in the state. 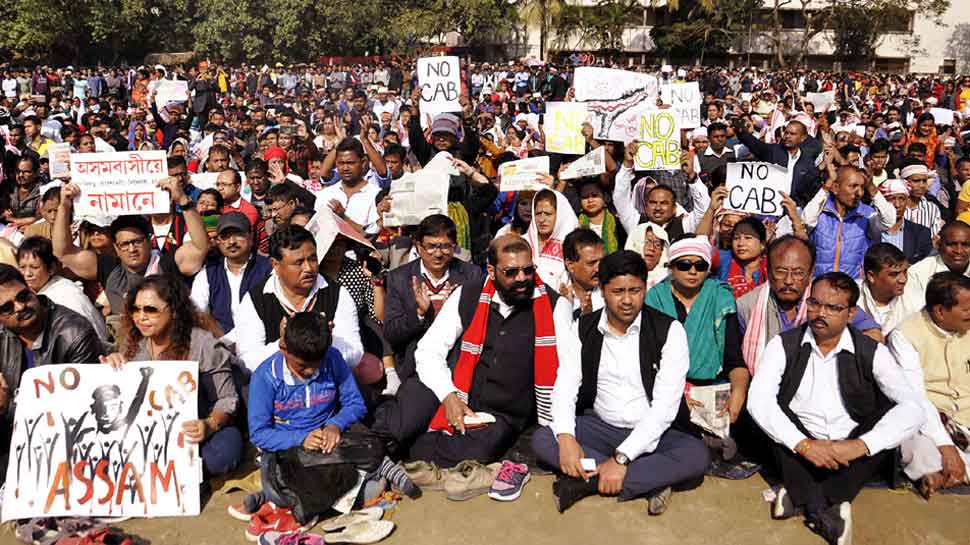 After northeast, the violent protests against the Citizenship Act have hit several other states with tensions escalating in West Bengal, Delhi and Maharashtra. Several incidents of violence were reported in Howrah and Murshidabad districts of West Bengal where protesters blocked roads and vandalised railway stations, leading to disruptions in vehicular movement and train services. Buses were also vandalised and public property was damaged by the agitators, particularly in Murshidabad district.

Trains movements were stopped at Jangipur, Mahipal and other railway stations nearby. Trains services between Lalgola and Palasi were cancelled as the protestors torched down a ticket counter at Sakrail railway station. Places like Jalangi, Raghunathganj, Sahmserganj, Kandi, Baharampur and Domkal had maximum effect of the protest where the normal life came to standstill because of the protest.

Earlier in the day, West Bengal CM Mamata Banerjee gave statements slamming the government and hinted towards leading the statewide protests against Citizenship Act. Banerjee said that her government would not allow any NRC exercise or implementation of the Citizenship (Amendment) Act (CAA) in West Bengal, CM Banerjee on Friday had announced statewide protests from December 16, saying that she will lead a rally from the base of BR Ambedkar's statue in Kolkata. She added, ''I was supposed to go to Delhi on December 17 and attend a meeting on 150th birth anniversary celebrations of Mahatma Gandhi. But in the present situation, it won`t be right for me to leave my state."

According to reports, Trinamool workers will take out rallies in all district headquarters on Sunday (December 15) which will involve people from all communities, castes and creed with the slogan "No NRC, No CAA."

Other than West Bengal, Delhi and Maharashtra also witnessed agitations. People of Assam living in Mumbai protested against the Citizenship Amendment Act at Mumbai's Azad Maidan and were seen shouting slogans against the newly made Act.

Protests were triggered at Delhi's Jamia Millia Islamia where the students called off University lockdown and cancelled the exam. The college has declared winter vacation till January 5.
There were also clashes between the students and police on Friday while they were protesting against the Act outside the college.

However, in the Noth Eastern state of Assam, the situation became better after the imposition of curfew. More than 100 protesting people were taken into custody by the Assam police and nearly 2,000 were detained. The Assam government is taking every possible step to avoid any kind of violence in the state.

The Assam government thanked Centre for dispatching 55 companies to Assam and said that they are confident to tackle any kind of problem in the state. The government also requested people to follow the law and not indulge in violence and anti-social activity. Earlier, four people were killed in police firing and 50 policemen and 25 civilians got injured.

Meanwhile, curfew continues to prevail in Guwahati and internet services remain suspended for the next 48 hours from Saturday evening.

After attending the BJP party meeting, Assam Minister Chandra Mohan Patowary on Saturday, said, ''We have appealed people to maintain peace in the state of Assam and should not resort to violence.'' He further informed that a delegation of leaders, under the leadership of Sarbanand Sonowal, will be going to Delhi to hold talks with Prime Minister Narendra Modi and Home Minister Amit Shah.

Before becoming a law, the Citizenship Amendment Bill was passed by both Lok Sabha on December 9 and Rajya Sabha on December 11 to provide Indian nationality to Hindus, Christians, Sikhs, Parsis, Jains and Buddhists fleeing persecution in Pakistan, Afghanistan and Bangladesh with a cut-off date of December 31, 2014.