BJP leader and Bose`s grand nephew Chandra Kumar Bose told IANS that it was a "criminal offence" to term Gumnami Baba as Netaji in disguise without any credible proof. 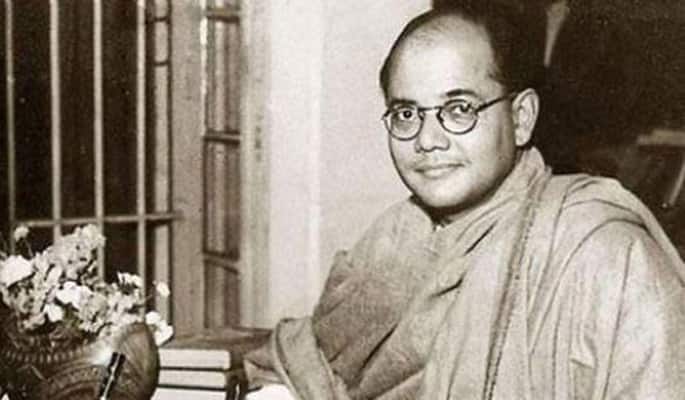 KOLKATA: The members of Netaji Subhash Chandra Bose's family on Thursday accused a Delhi based non-profit organisation Mission Netaji of running a "sinister campaign" to taint the image of revered freedom fighter by claiming that Netaji - as Bose is fondly called - lived in Uttar Pradesh as a hermit named Gumnami Baba.

Urging the Central government to release all Intelligence Bureau (IB) files on Netaji, BJP leader and Bose`s grand nephew Chandra Kumar Bose told IANS that it was a "criminal offence" to term Gumnami Baba as Netaji in disguise without any credible proof.

"I am sorry to say that Mission Netaji has not just betrayed the Bose family but the entire nation and the honourable Prime Minister. Because without any documentary or photographic evidence, one cannot arrive at the conclusion that Gumnami Baba of Uttar Pradesh`s Faizabad was Netaji Subhas Chandra Bose in disguise," Chandra was quoted as saying by IANS.

"We demand that the government of India and the Uttar Pradesh government release the Intelligence Bureau files that might be there on Gumnami Baba before the Lok Sabha elections. That would reveal the identity of this anonymous person. I am sure that the Prime Minister would positively respond to this," he added.

Lashing out at Anuj Dhar and Chandrachur Ghose, the founder-trustee members of Mission Netaji, Chandra said that the duo has betrayed the nation by writing false things in their yet to be released book in which they claimed that Gumnami Baba was actually Netaji in disguise.

He also slammed director Srijit Mukherjee, who is helming a film titled 'Gumnami', for claiming that he would portray Netaji as the "penniless recluse" in his upcoming film.

"I want to know who are the people supporting this distortion and who are funding Mission Netaji to spread such falsehood to taint and derogate Netaji`s image? Who are these traitors? We appeal to Union Home Minister Rajnath Singh to start an inquiry by the IB," he said.