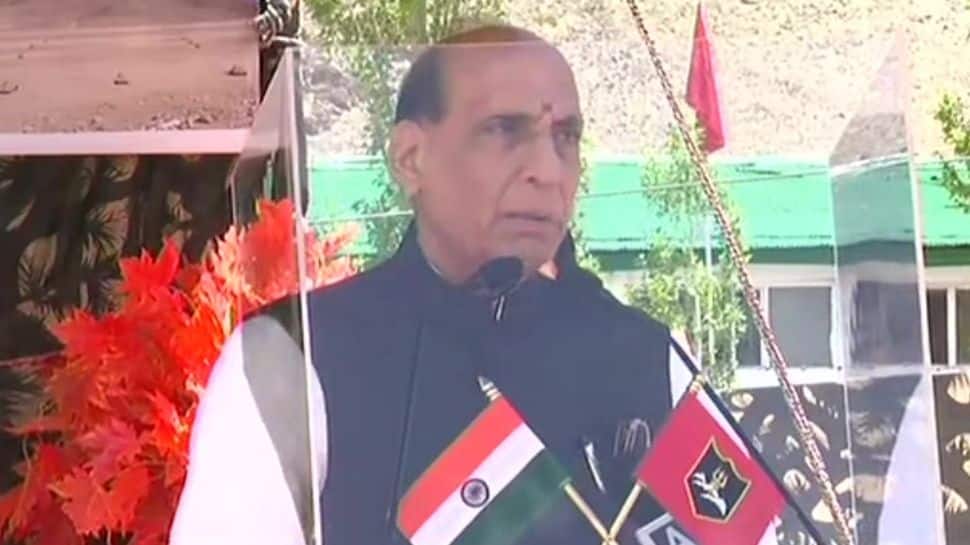 New Delhi: During his three-day visit to Ladakh, Defence Minister Rajnath Singh on Monday (June 28, 2021) said that terrorism has reduced in the region after it became a Union territory.

The Defence Minister on his second day of the visit also gave a clear message to China from eastern Ladakh by saying that India will never forget the sacrifice of the 'Galwan bravehearts' and asserted that the country's armed forces are capable of giving a befitting reply to every challenge.

"India will never forget the sacrifice of soldiers who laid down their lives in Galwan Valley for the country," Singh said adding that “the Indian Army has the capability to give a befitting reply to every challenge.”

While addressing an event, Rajnath Singh said efforts should be made to find a solution to issues through dialogue with neighbouring countries but at the same time noted that India will not tolerate it if someone tries to threaten the country.

Later today, the Defence Minister is also scheduled to attend a program organised by the local administration in Leh and will later interact with Army troops in Leh at 7 pm. On Sunday, Singh met elected representatives of Ladakh Autonomous Hill Development Councils (LAHDC), Kargil and was also briefed about the security situation along the Line of Actual Control (LAC) with China in Eastern Ladakh by the senior officials of Army’s Northern Command.

UP makes record in COVID-19 testing, gears up for Delta Plus variant