As per the Jammu and Kashmir Police records, all the killed terrorists killed in Anantnag enocunter, were linked with proscribed terror outfit Lashkar-e-Toiba and part of the groups involved in several terror crime cases including attacks on security forces and security establishments. 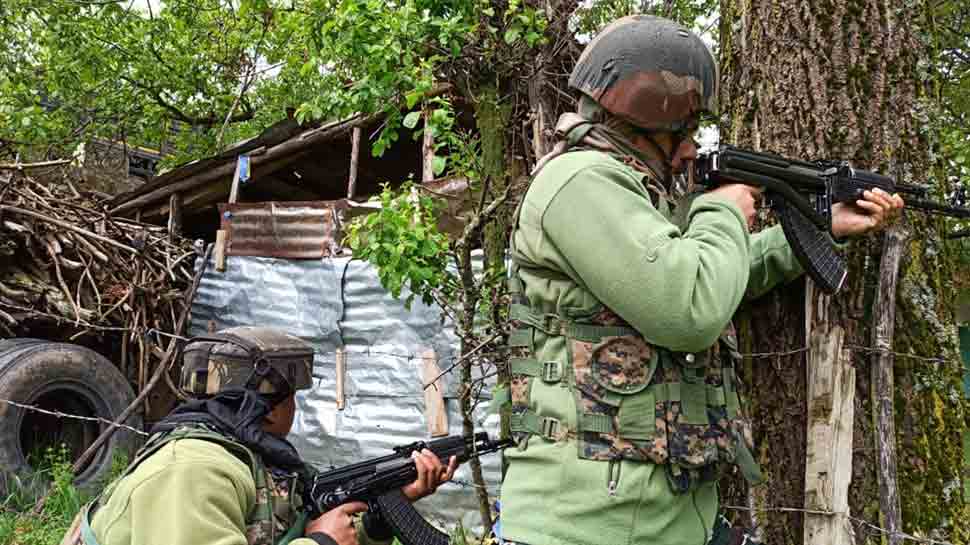 New Delhi: At least three Lashkar-e-Toiba (LeT) terrorists were killed in an encounter with security forces in Anantnag district of Jammu and Kashmir on Tuesday (May 11), police said. The police recovered arms and ammunition including 1 AK-47 rifle, 2 pistols and incriminating materials from the site of encounter. All the recovered materials have been taken into case records for further investigation and to probe their complicity in other terror crimes.

Security forces launched a cordon and search operation at Vailoo in Komernag area of the district early on Tuesday following information about presence of militants there, a police official said. "During the search operation, as the presence of terrorists got ascertained they were given an opportunity to surrender. However, they fired indiscriminately upon the joint search party which was retaliated leading to an encounter," the official said.

He said the joint teams of security forces also rescued all the civilians trapped in the gunfire and halted the operation for the time to ensure safe evacuation of people from the area of gunfight. "After ensuring all civilians are safe, the operation was resumed and all the terrorists were eliminated in the ensuing encounter. Bodies of the killed terrorists were retrieved from the site of encounter," the official said.

The slain terrorists were identified as Ilyas Ahmad Dar alias Sameer, Ubaid Shafi alias Abdullah and Aqib Ahmad Lone alias Sahil. "As per police records, all the killed terrorists were linked with proscribed terror outfit LeT and part of the groups involved in several terror crime cases including attacks on security forces and security establishments," he added.

One of three terrorists killed in the encounter was involved in the Aari Bagh terror attack on the house of a BJP leader last month. The terrorist has been identified as Ubaid Shafi. "One of the killed terrorists Ubaid Shafi was involved in Aari Bagh terror attack which was carried out by Lashkar-e-Taiba (LeT) on the house of a BJP leader on April 1. In that attack, J&K Police cop Rameez Raja was martyred," the police said.

The encounter between terrorists and security forces had broken out in the early hours of Tuesday at Vailoo in Kokernag area. All three terrorists of the Lashkar-e-Taiba (LeT) outfit were killed.